On the one hand, it’s baseball’s marquee regular season broadcast. If you’re on Sunday Night Baseball you’re getting a marketing push and getting in front of more eyeballs. You’re being honored almost.

On the other hand, teams really don’t want to be on it because Sunday is a travel day and, traditionally, a day for day games, and playing at night makes for very late night/early morning travel and robs players of the one chance they may get in a week to have a nice evening at home or to have dinner at a normal hour.

There is some disconnect on ESPN and Major League Baseball’s part as well. In an ideal world, the league would use the marquee broadcast to market its teams and stars. To give exposure to those teams and stars who the country may not know as much about. But we don’t live in an ideal world. We live in a world in which ESPN pays Major League Baseball a lot of money in order to put games on and, in exchange, wants to get the highest ratings possible. That gives both parties a practical incentive to schedule the teams that are already the most popular in order to maximize the audience.

So you get what we have had for a long time: a lot of Yankees and Red Sox games. We got it again today, as ESPN announced the Sunday Night Baseball schedule for the first half of the season: 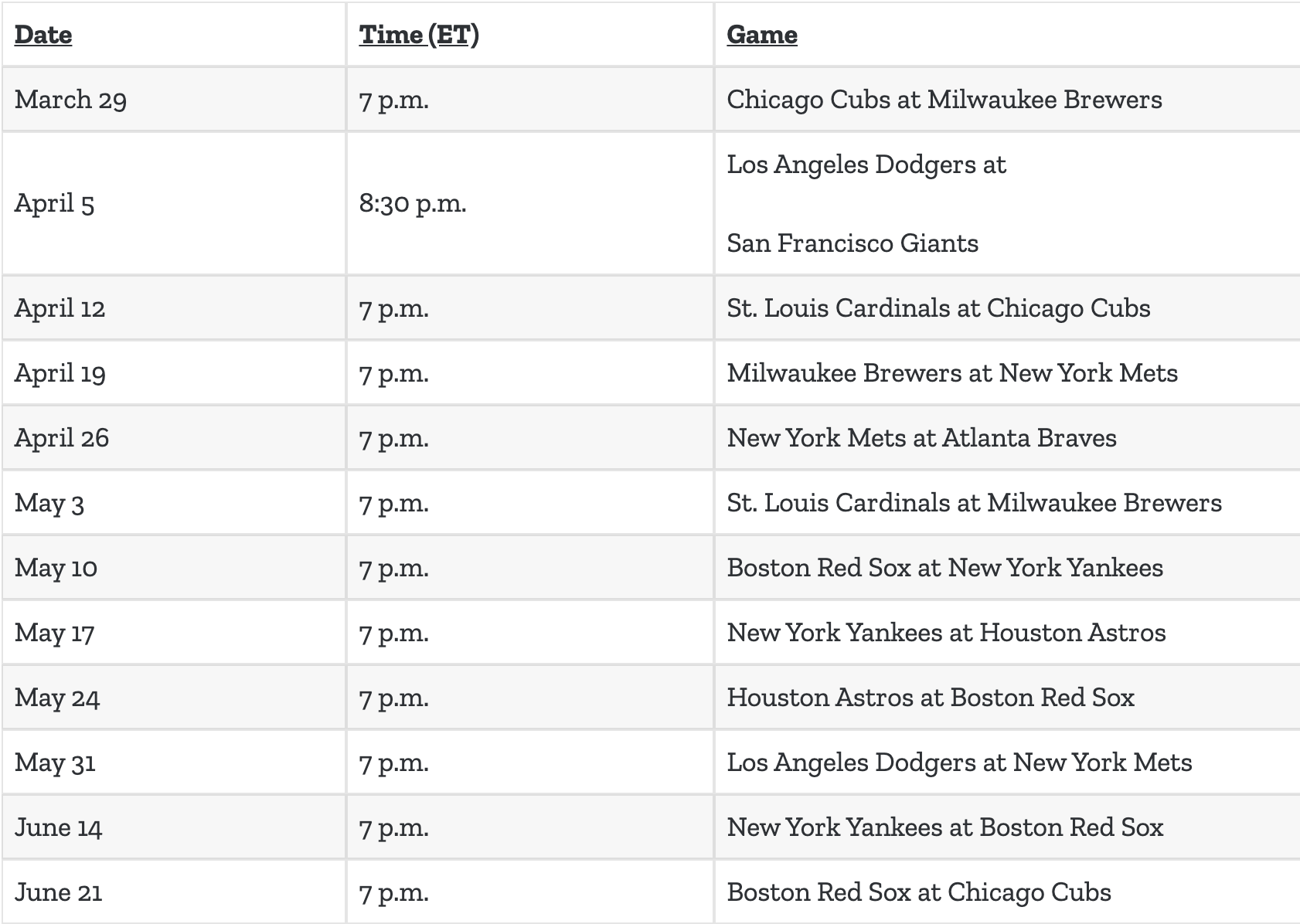 The current World Series champion Washington Nationals will not appear.

Which, hey, I get it. And, secretly, the Nationals and every other team who aren’t scheduled for Sunday nights, are going to be pretty happy about it.