“Shutting down 25 percent of Minor League Baseball teams, as you have proposed, would be an absolute disaster for baseball fans, workers and communities throughout the country. Not only would your extreme proposal destroy thousands of jobs and devastate local economies, it would be terrible for baseball.”

Sanders notes in the letter that 20 of the wealthiest MLB owners have a combined net worth of more than $50 billion, that the average MLB franchise is now worth nearly $1.8 billion and made $40 million in profits last year. He also notes that MLB owners pay minor league players as little as $1,160 a month which — thanks to Congress doing MLB a big favor and passing a law classifying baseball players as seasonal employees — works out to below the $7.25 an hour federal minimum wage. All this despite minor league baseball attendance growing by over 1 million fans last season alone.

It’s not all complaints, however. Sanders specifically threatens Major League Baseball’s antitrust exemption, which thanks to punting by the courts, is in the hands of Congress to revoke at will. Sanders:

“If this is the type of attitude that Major League Baseball and its owners have, then I think it’s time for Congress and the executive branch to seriously rethink and reconsider all of the benefits it has bestowed to the league including, but not limited to, its anti-trust exemption.”

Congress has never seriously considered doing so, but it has used the implied threat of doing so to call Major League Baseball on the carpet over past controversies such as baseball’s work stoppage in the mid-90s, MLB’s threat of contraction in 2001-02 and the PED scandals of the mid-2000s.

Sanders is not the only politician to rattle his sword about the minor league contraction plan in the past couple of weeks, but he is the most prominent to do so. And the first one who could theoretically find himself in the White House a little over a year from now who has taken public issue with Rob Manfred on the subject.

You can read his whole letter here: 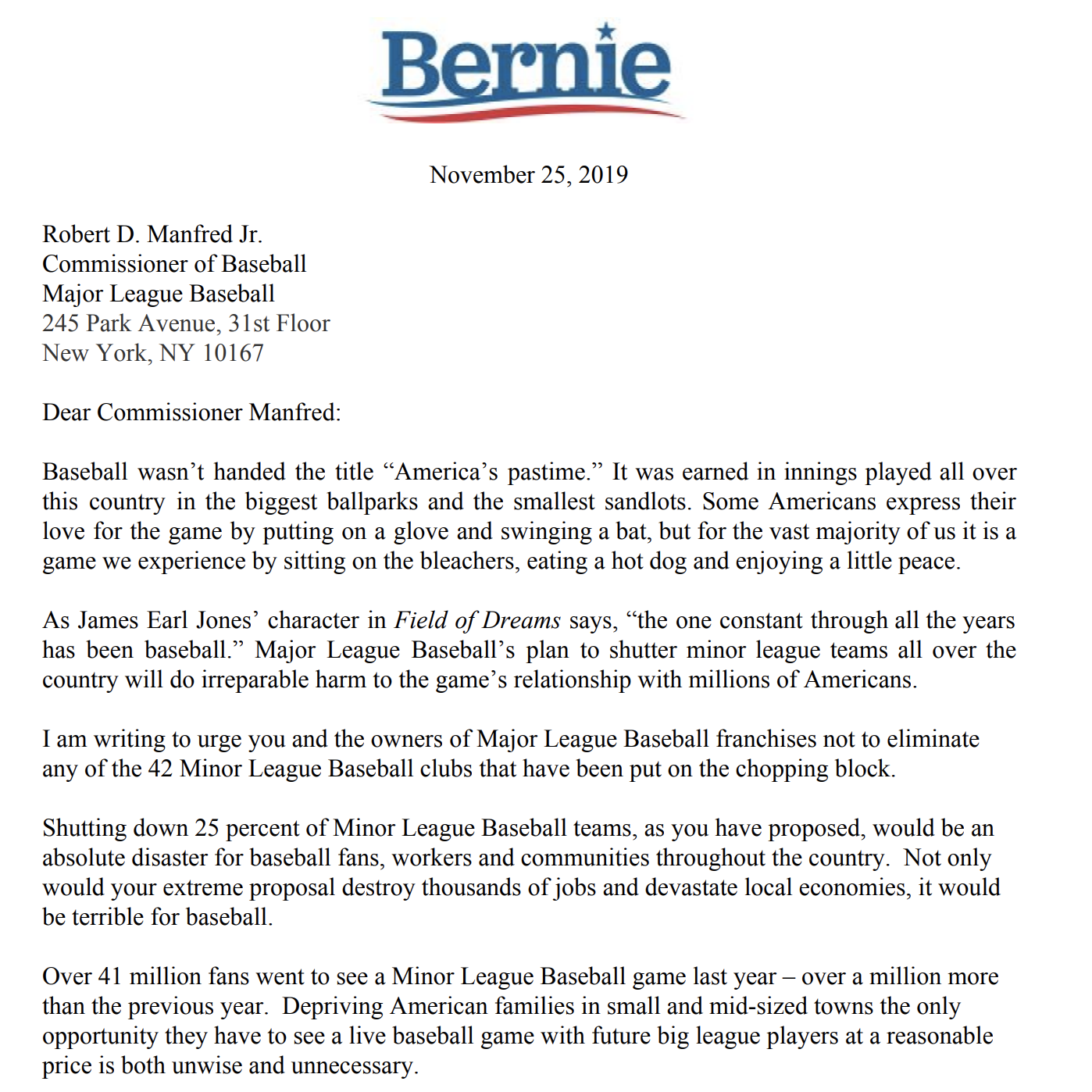 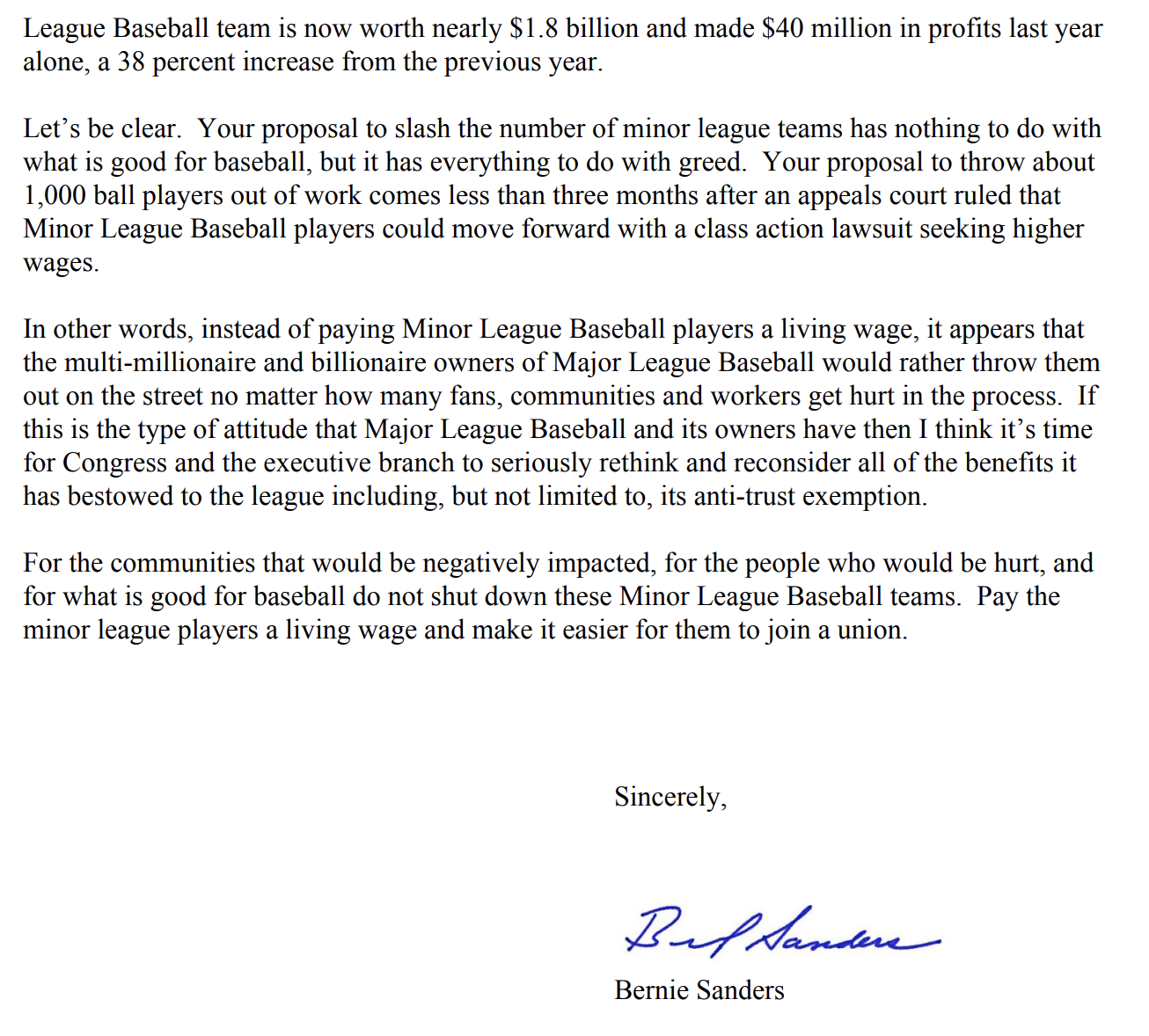