Seth McClung pitched for six seasons for the Tampa Bay Devil Rays and the Milwaukee Brewers. His time in Tampa Bay overlapped with Aubrey Huff’s time with the Devil Rays for several seasons, making them teammates.

It would seem, however, that they did not get along too well. They certainly aren’t getting along very well now if their interaction on Twitter over the past couple of days is any indication.

Yesterday a fan asked McClung who was “the biggest turd” with whom he played. McClung did not hesitate to answer (note: I took screencaps of these rather than embed the actual tweets because I feel like these guys are gonna wanna delete them later):

Huff saw that this morning and responded: 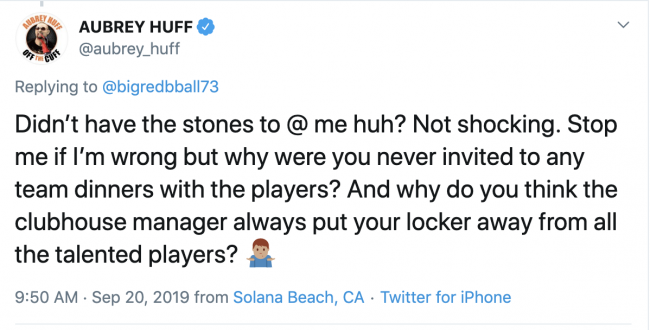 Worth noting that Huff and McClung played for the pre-2008 Tampa Bay Devil Rays so the “talented players” were kinda limited. Everyone not right next to Carl Crawford was located away from the allegedly “talented players.” But I digress. Huff continued: 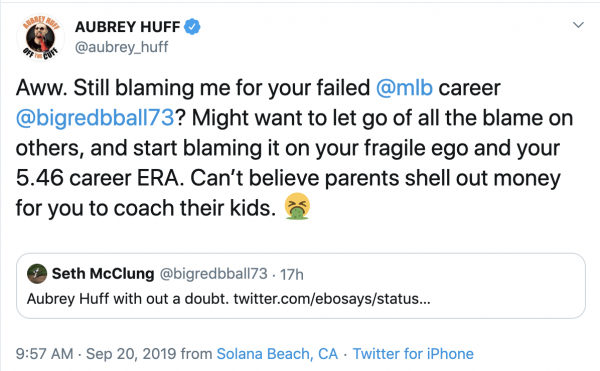 You have the floor, Seth: 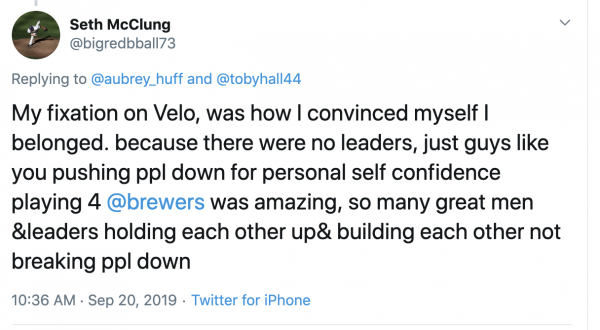 Aubrey then decided to play to the crowd: 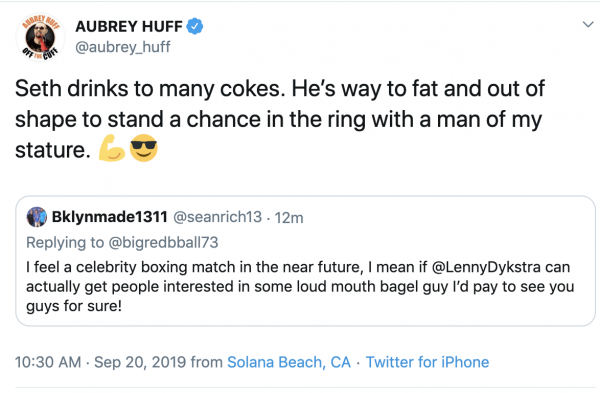 Now both of ’em are starting to talk to third parties as this thing is spiraling: 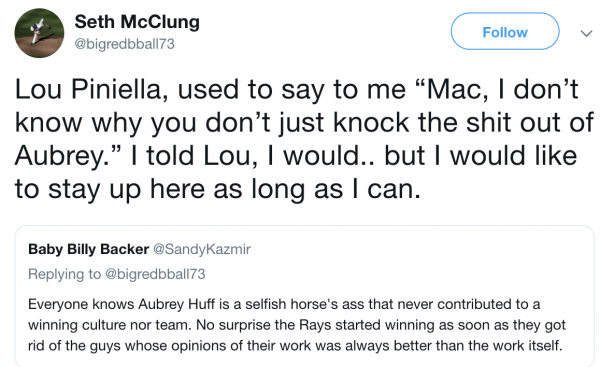 Most retired ballplayers golf or hunt or whatever. I’m glad these two don’t. It’s making a slow morning rather fun.