Still in awe of what went down last night between the Mets and Nationals. Partially for the game itself, the ninth inning of which at least I was watching live, but also because of the social media component. I know it’s fashionable to slag on being too online these days — and there’s a lot of good reason to be less-online, frankly — but when a big sports thing is happening it’s fantastic to be able to virtually share the experience with a bunch of people as they freak out, both for good and for bad.

There was a bit of both of that in last night’s game. The reason I even turned it on was because I briefly checked Twitter and saw some Nats fans I know in anguish over their bullpen meltdown. Always happy to see the displeasure of fans of my team’s rivals, I put the game on. Then I got to see both the Nats’ ninth inning rally live, but also I got to see the displeasure of fans of one of my team’s other rivals melt down. I know that the Mets winning would’ve been better for the Braves in the standings, but in a cosmic sense, there was no losing for people like me.

Anyway, the last bit of business on this one, I have decided, is to see how the New York Press is handing things. Tabloids, show us what ya got! 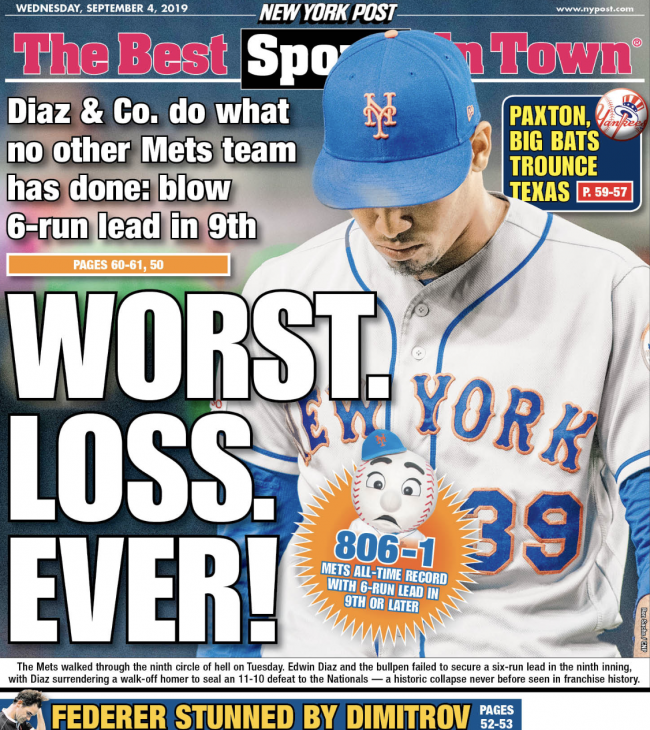 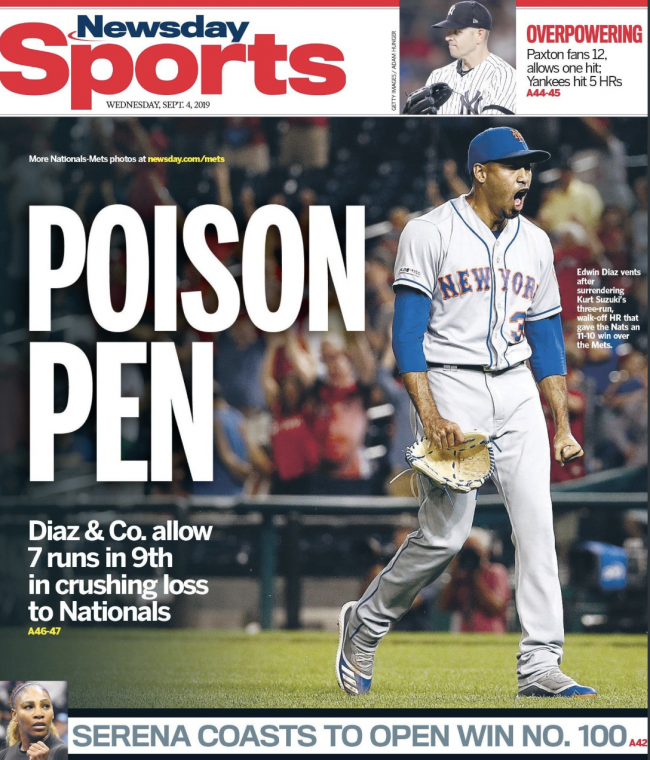 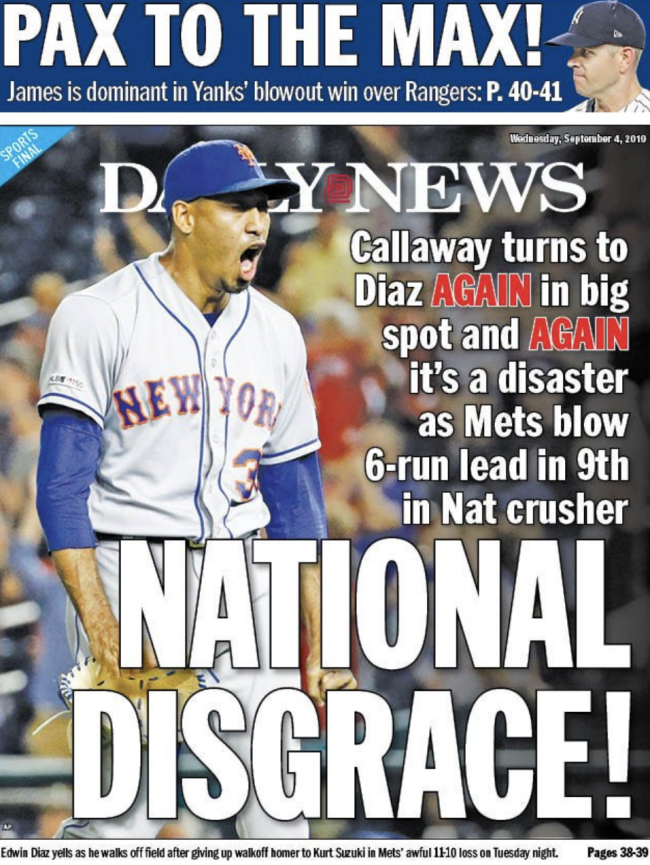 Let’s be honest, folks: the New York tabloids are in a win-win situation with the Mets too. And, frankly, they do better work when they lose.