Tigers 2, Astros 1: Yesterday this game — Justin Verlander and the mighty Astros taking on the near historically bad Detroit Tigers in Houston — was written about in terms of the gambling odds, with the Astros favored by the sports books more heavily than any baseball team has been favored in any game in the past 15 years. Which is fine for what it is and for the purposes for which oddsmakers set odds. It’s important to note, however, that whatever that all means for gambling, there is no such thing as “a huge upset” in a regular season baseball game in purely baseball terms. If you took the odds out of it and just said to your average baseball fan “a really bad team beat a really good team with a dominant starter on the mound” no one would react in shock. That kind of thing just happens sometimes. Fairly often, actually.

Good for the casinos, I guess, who took a lot of Houston action, but to the extent anyone casts this as an “historic upset” in basic sports terms, as opposed to gambling terms, please ignore them. Those are two different things. To the extent they are conflated they are being done so either by people who know jack crap about baseball or by people who have either a vested interest in importing the lexicon of gambling into the world of straightforward sports analysis. I’m neither one of those kinds of people and neither, I suspect, are any of you. For our purposes this was a ballgame like any other, no matter what it means for an industry for which baseball is merely one of dozens of MacGuffins which drive its central plot, along with horse racing, boxing and the like.

In those purely baseball terms Justin Verlander was, in fact, dominant, tossing a complete game, allowing only two hits while striking out 11. The problem, of course, was that (a) those two hits were solo homers by Ronny Rodríguez and John Hicks; and (b) four Tigers pitchers were better, combining to allow only one run on six hits. The Astros’ one run came on a Robinson Chirinos solo homer. He also doubled and singled and, in the bottom of the ninth he hit one to the gap and . . . got thrown out at third trying to stretch things for a triple. What are the odds of that happening?

Mets 4, Indians 3: Carlos Santana hit a solo homer in the top of the tenth. A few months ago that probably would’ve sent Mets fans to the exits or caused them to click off their TVs. Not these days. Here they stayed to watch the rally. That rally:

This is not your usual Mets team, folks. They got some resilience.

Phillies 5, Red Sox 2: Last week, just before Bryce Harper hit that walkoff grand slam, he was taunted by a Phillies fan sitting behind the dugout, saying he wasn’t worth the money he was making. Last night Boston fans chanted “overrated” at him, among other, more colorful insults, and he went out and hit a two-run homer in the fifth that put the Phillies in the lead to stay. Corey Dickerson later tripled in and then singled in runs to help lead the Phillies to victory. Fans should keep taunting Harper. Seems to be working so well. And maybe Boston fans in particular should take a look at their team, sitting 16 games out of first place and seven games back in the Wild Card race despite high expectations and ask themselves who is really overrated.

Reds 4, Padres 2: Last time out Reds’ ace Luis Castillo was knocked around for eight runs in four and a third. This time out he was much better, allowing one over six. Cincinnati put up three runs in the third, two of which came on bases loaded walks from two different Padres pitchers, with the whole rally being set up by a two base error to lead things off. Not what you want.

Rays 7, Mariners 6: This was a pretty depressing loss for Seattle. The Mariners trailed the Rays 5-3 entering the top of the ninth and rallied for three, taking a 6-5 lead into the bottom half. Kevin Kiermaier led off the inning with a game-tying solo home run, Willy Adames singled, Michael Brosseau doubled and then Ji-Man Choi drew a walk to load the bases. With Tommy Pham at the plate and still nobody out, M’s pitcher Matt Magill threw a two-strike breaking ball in the dirt that skipped away from catcher Omar Narváez and allowed Adames to score easily, giving the Rays a walkoff win on a wild pitch.

White Sox 4, Twins 0: Lucas Giolito allowed tossed a complete game shutout — his second of the year — allowing just three hits and walking none while striking out 12 batters. He and Shane Bieber are the only two pitchers in baseball with multiple shutouts this year. Only 21 total pitchers even have one. Giolito is now 14-6 with a 3.20 ERA and a 194/51 K/BB ratio in 151.2 innings on the season. Nice season.

Rockies 7, Diamondbacks 2: Tim Melville, drafted by the Royals 11 years ago and sent on a long, mostly minor league odyssey — and who started the season in independent ball all of all places — pitched seven innings of two-hit ball to pick up his first big league win. He also He smacked a two-out, fourth-inning single that knocked in two, giving him his first RBI as a big leaguer. Without slighting him or his future unduly, it’s not unreasonable to say that this could be the absolute highlight of his major league career and it’s pretty special to see a guy who, I presume, many people forgot about have a moment in the sun like this. He should contact Getty Images and get large prints of these for his rumpus room. I sure would. 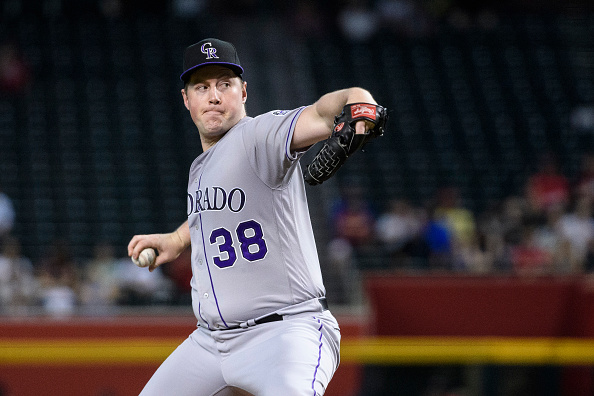 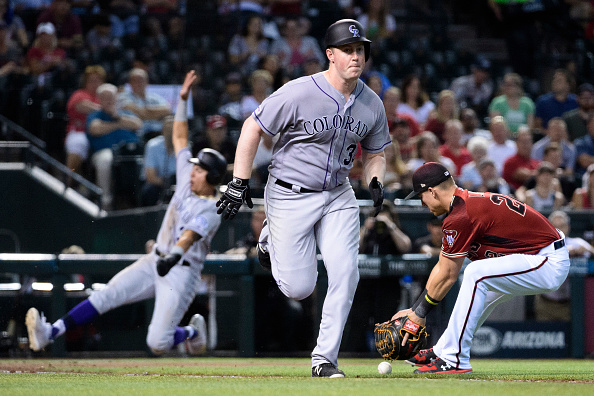 Rangers 8, Angels 7: Hunter Pence drove in three runs, including a walkoff RBI single in the ninth to help power Texas to victory and to take three of four in the series. All three of those wins came on their final at bat. This one was set up by Elvis Andrus leading off the ninth with a single and then making it to third base via two wild pitches. The Angels and the Mariners should have a conference call to talk about all of this or something.

Orioles 8, Royals 1: A Baltimore winning streak! Two in a row! Here Aaron Brooks pitched one-run ball for five and three O’s relievers combined for four shutout innings to seal it. Baltimore’s hitters brought the power, with Jonathan Villar hitting a two-run shot in the second, Anthony Santander and Renato Nunez hitting back-to-back home runs in the fifth, and  Hanser Alberto smacking a three-run blast in the sixth. The O’s will host Tampa Bay tonight in an effort to keep the roll going. The last time they won three in a row was almost a month ago, July 25-27 against the Angels.

Nationals 11, Pirates 1: Washington scores in double digits for the fifth time in seven games while Patrick Corbin tosses eight shutout innings, allowing only three hits. The offensive damage was done via a three-run homer from Asdrúbal Cabrera, two knocked in by Anthony Rendon and Yan Gomes and RBI hits from Corbin himself, Adrián Sanchez, Adam Eaton and Trea Turner. Pittsburgh lost for the 29th time in 37 games since the All-Star break. I’d say they’re mailing in it, but that would be an insult to people who mail things in.

Braves 5, Marlins 0: Julio Teherán tossed seven shutout innings, two relievers completed the blanking. For their part, Marlins pitchers held the Braves to only three hits but when two of them were two-run homers from both Adeiny Hechavarría and Ronald Acuña Jr., well, that’s not gonna work. The Braves nab their fourth straight win and their 14th out of 18 against the Marlins this year. Their last game against one another on the season is tonight.

Brewers 5, Cardinals 3: Mike Moustakas homered and Keston Hiura drove in a pair to help the Brewers knock the Cardinals out of first place in a rain-shortened, eight-inning affair. Milwaukee broke a six-game losing streak against the Cardinals, who fall a half game behind the Cubs because . . .

Cubs 12, Giants 11: . . . the Cubs won a wild one. We’ll start at the end: Kris Bryant hit a go-ahead, two-run homer in the eighth inning to close the scoring. Before that Nicholas Castellanos and Kyle Schwarber each went deep. Castellanos was 4-for-5, has homered in three straight games, has eight homers in 19 games since coming to Chicago and is now batting .392 (31-for-79) with the Cubs. I’d say it was a decent pickup. You? For the Giants, Evan Longoria, Mike Yastrzemski, Stephen Vogt and Kevin Pillar homered, but they nonetheless have lost three in a row.

Athletics 6, Yankees 4: Khris Davis and Marcus Semien each hit two-run homers, Mike Fiers was steady, and J.A. Happ — who allowed five runs in four innings for New York — will no doubt be the subject du jour for all the Yankees fans I follow on Twitter. And, for random reasons, I happen to follow a lot of them. If you just paid attention to Yankees Twitter, though, you’d think the Yankees were 40 games out of first place because the “god, Happ sucks” content from my Yankees friends comes in at about about ten times the volume (and volume) of the good stuff. I guess it’s understandable. I’d be cranky if I lived in a building where I don’t have control over when the heat comes on and is turned off and if I didn’t have a garbage disposal. New York can make a certain kind of person into a real negative Nancy.

Dodgers 2, Blue Jays 1: Walker Buehler shut the Jays out for seven, Joe Kelly made it eight, but Kenley Jansen couldn’t close it out in the ninth, giving up a game-tying solo shot to Rowdy Tellez to force extras. That was OK, though, because Max Muncy hit a walkoff bomb in the tenth:

It was the Dodgers’ 11th walkoff win this year. Their 50th win at home. They’re a juggernaut.