Dodgers 15, Marlins 1: Batting practice. Will Smith hit two homers and Cody Bellinger, Justin Turner, Corey Seager and Matt Beaty all went deep as well. Rookie Dustin May gave up one while pitching into the sixth and four Dodgers relievers — including catcher Russell Martin, who pitched a scoreless ninth — shut Miami out the rest of the way.

Mariners 11, Tigers 6: Little brother Corey may have hit one homer but big brother Kyle hit three. Two were no-doubters. Tigers outfielder Niko Goodrum gets an assist on the third:

My daughter, when faced with any bad news or bad situations, is in the habit of saying “it be like that sometimes” lately. I often worry that it’s something of a defense mechanism which allows her to keep pain and adversity at arm’s length, but I also think there’s at least a core of something healthy in it. That there’s a benefit to just sitting back and accepting that which we cannot change with some degree of reflection and equanimity. I feel like Goodrum is practicing that here, just after he knocked the ball over the fence: 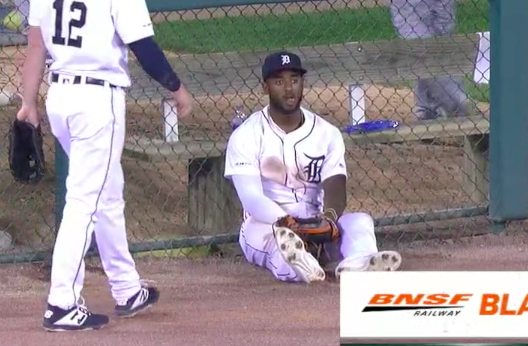 Niko? Are you OK? 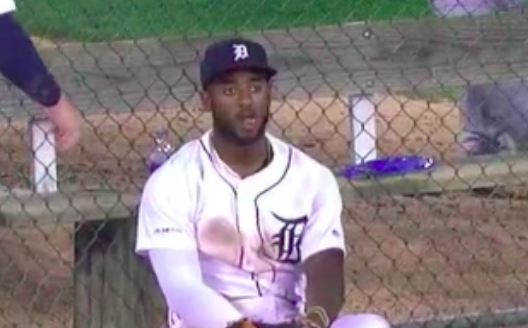 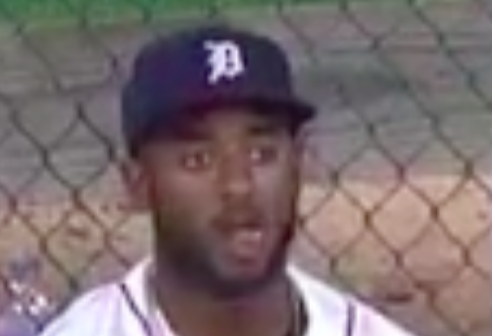 Astros 6, White Sox 2; White Sox 4, Astros 1: Astros win the split doubleheader 7-6. Zack Greinke allowed two runs over six in the first one, backed by a George Springer leadoff homer, obviously. José Altuve went deep as well. The nightcap started out with Gerrit Cole being scratched just before the proceedings got underway with a bum hamstring. Chris Devenski took the mound as the emergency starter and lasted just two innings in taking the loss. Probably didn’t matter as Ivan Nova allowed only one unearned run on only four hits in a 104-pitch complete game. These clubs then went home and to their hotel and crashed hard, one hopes, as they play their third game in 24 hours starting at 1PM Central this afternoon.

Yankees 8, Orioles 3: Not news: the Yankees beat Baltimore. News: they only hit one homer in doing so, off the bat of D.J. LeMahieu in the first. They didn’t need all the bombs thanks to Domingo Germán tossing seven strong innings en route to his MLB-leading 16th win.

Nationals 3, Reds 1: Life moves pretty fast. If you don’t stop and look around once in a while, you could miss it:

This poor Nats fan just spilled her beer all over herself because of Aristides Aquino pic.twitter.com/y1Pgh4i2Cr

RIP to that $12 beer or whatever it was. In other news, Joe Ross allowed one run while working into the seventh, Juan Soto and Brian Dozier each homered and Daniel Hudson got a four-out save to give a rest to the tired Sean Doolittle.

Phillies 4, Cubs 2: J.T. Realmuto homered and drove in the tie-breaking run with an RBI double in the seventh while Jason Vargas allowed two runs and five hits in six innings. José Quintana got a no-decision in a game his team lost but he also struck out 14 Phillies batters in six innings, so new hitting coach Charlie Manuel has some work to do once he begins his new job today.

Red Sox 7, Indians 6: Jackie Bradley hit a 10th inning homer to win it after Francisco Lindor made a base running blunder in the ninth inning, trying to steal third despite being in scoring position, that helped cost the Indians a win in regulation. The Sox almost cost themselves a win here, blowing a 6-1 lead, but it all worked out in the end. Rafael Devers had himself a whale of a game, going 6-for-6 with four doubles and three RBI. Chris Sale struck out his 2,000th batter, becoming the fastest man in baseball history to reach that milestone. It’d be more impressive if strikeouts weren’t as inflated as Zimbabwe currency, but they all still count.

Braves 5, Mets 3: Before we get to the outcome, allow us bask in the glory that is Ronald Acuña Jr.’s magnificent hose:

Ninety-nine miles per hour. I mean, yeah, it was Todd Frazier, but almost anyone scores on that hit if almost anyone not named Ronald Acuña is playing left field.

Acuña also hit his 34th homer in this one and Max Fried allowed one run over six. The Mets have lost two in a row for the first time since July 18-19. Even worse: they may have lost Jeff McNeil for a while after he pulled up with a gimpy hamstring while trying to beat an infield dribbler down the line. He’ll be reevaluated today.

Twins 7, Brewers 5: With the Indians’ loss and the this win, Minnesota is back in first place, a half game ahead of Cleveland. They showed some resilience here too, as they led 4-1 in the seventh, blew that lead thanks to a Christian Yelich RBI double and a three-run homer from Yasmani Grandal, but came back against Josh Hader — on Hader’s first pitch of the game — in the eighth via a Marwin Gonzalez three-run home run. That’s Hader’s fifth blown save of the season. He has allowed 13 home runs in 44 appearances this year. He gave up only 13 homers total in 90 appearances during his first two seasons.

Cardinals 2, Royals 0: Jack Flaherty tosses seven shutout frames for the third game in a row and has a scoreless innings streak of 23 straight innings. In his last six starts he’s allowed only 20 hits with 50 strikeouts and has an 0.70 ERA over that span. Since early July he’s knocked his ERA down from 4.90 to 3.52. Tommy Edman and Paul Goldschmidt drove in the only two runs the Cards needed.

Diamondbacks 9, Rockies 3: Jon Gray was scratched from his start so Jeff Hoffman took his place. He wasn’t super ready, it would seem. Jarrod Dyson homered to lead off the game which set the stage for a five-run first inning. Hoffman allowed seven in the runs in the first two frames, ending this one before it began, even if you can’t really know that at Coors Field. Christian Walker, Nick Ahmed and David Peralta each hit two-run homers for the Snakes. This game also featured a two-rundown, 3-4-3-1-8 double play. I can’t find video of it, but it everyone talking about it online says it was fun. I dunno. My imagination probably makes it more fun than it was.

Giants 3, Athletics 2: Madison Bumgarner held the A’s to one run on only two hits over seven innings, striking out nine. He had three less-than-amazing starts around the trade deadline but he’s allowed two or fewer runs in five of his last eight starts. He’s 5-0 over his last 10 starts with the Giants going 9-1 in those games.

Pirates 10, Angels 7: Josh Bell homered and had three RBI  as the Pirates came back from an early 4-0 lead. The Angels have been pretty pathetic lately, playing a lot of bad baseball against some mostly bad teams. But this may be the low point. For those of you who want to have kids and plan on having them play baseball one day, be prepared for a lot of this in the first couple of years:

No word whose mom brought orange slices for after the game. No word if Brad Ausmus and Clint Hurdle plan to do tonight’s game “coaches pitch”-style.

Rays 7, Padres 5: Brendan McKay was shaky, allowing four runs — all in the first — on five hits, but the pen was solid, allowing only an earned run in the final five frames. Overall, Rays pitchers struck out Padres batters 18 times. Holding the San Diego bats down like that allowed room for a comeback, with Ji-Man Choi hitting a go-ahead, two-run home run with two outs in the seventh inning. Austin Meadows went deep as well. Tampa Bay has won five in a row.