Major League Baseball announced the schedule for the 2019 postseason today. The Wild Card games are on October first and second. If the World Series goes seven games it’ll end on October 30. Everything else, of course, falls in between.

Game One of the World Series is scheduled for Tuesday, October 22. If a Game Seven proves necessary, it will be on Wednesday, October 30.

Here’s the schedule in non-narrative form: 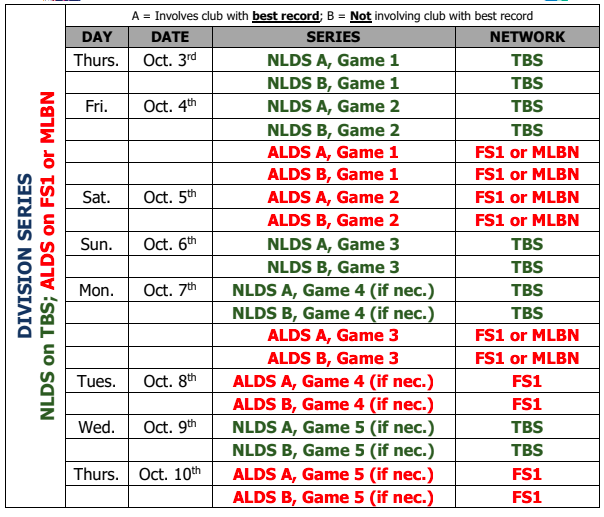 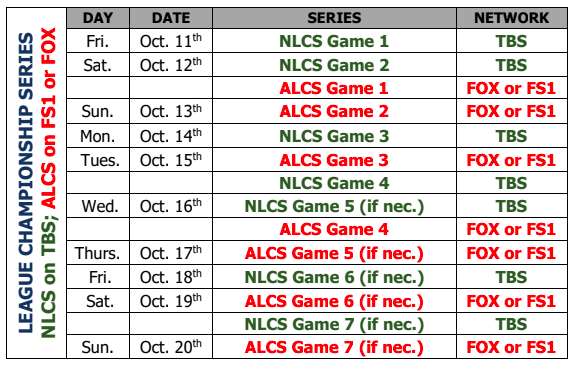 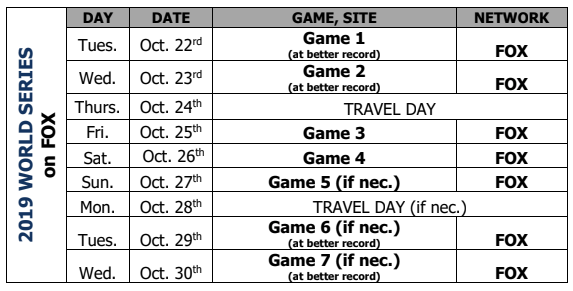