Major League Baseball just announced the rosters of the Futures Game which, this year, pits the top AL prospects against the top NL prospects, eschewing the old “U.S. vs. the World” model from the past.

Also different this year: the game will only be seven-innings long. It will also be played in the evening instead of the afternoon so at least people will not have to decide if they want to watch it or an actual major league game being played at the same time. First pitch is 7PM-ish on MLB Network, Sunday July 7. 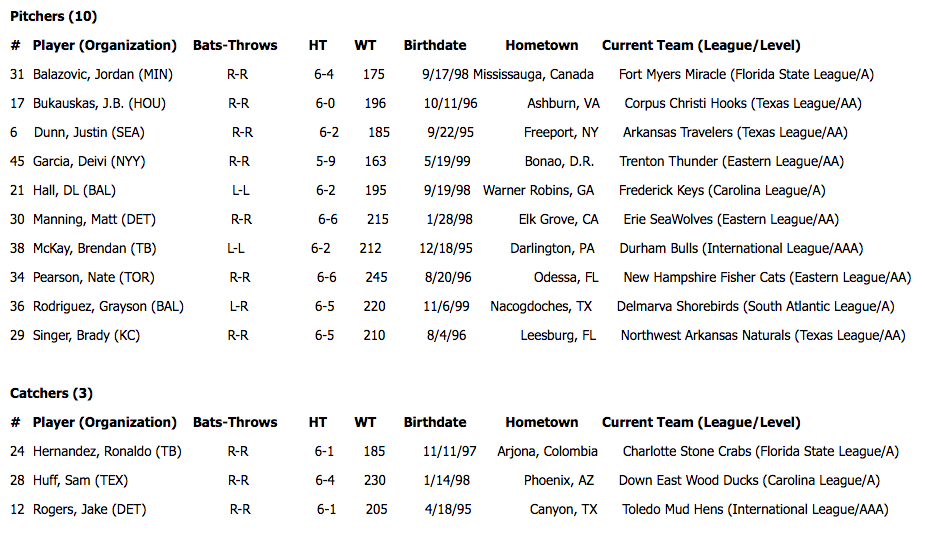 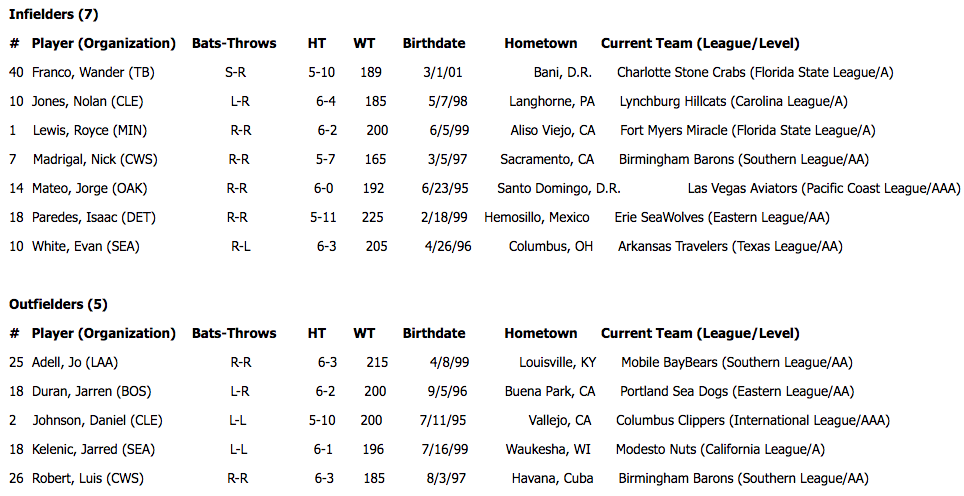 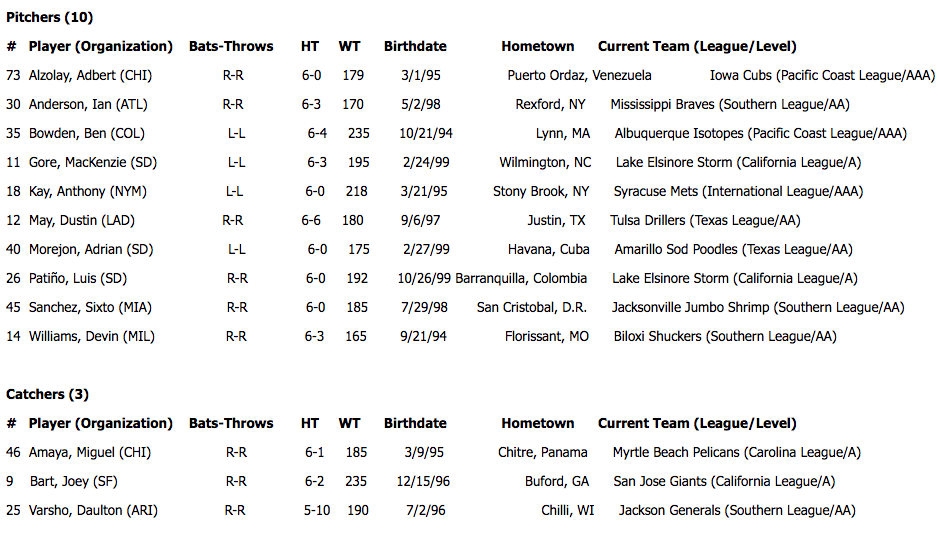 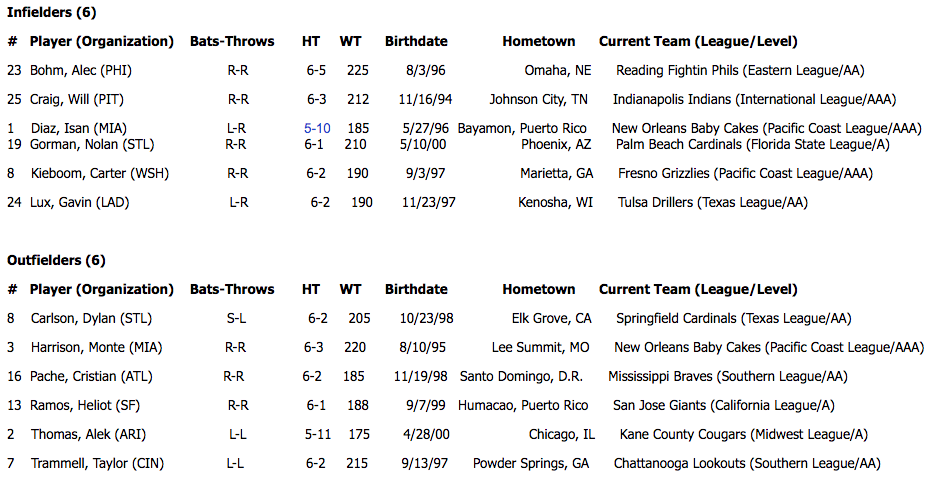