As you’ll recall, we have a new All-Star voting system in place this year. It’s a two-tiered system.

The “the Primary,” is underway and runs through June 21. That’s just the regular “vote for whoever you want stuff.” After it’s over, the top three vote-getters at each position will then be placed on a new ballot — “The Starter’s Election” — from which fans will then vote again during a single 28-hour period to decide who starts the All-Star Game. The results of that will be announced on June 27. The bench guys and pitchers and stuff will be chosen as usual, with full rosters announced a couple of days later.

Major League Baseball just gave us an update of who’s leading the primary. The overall leaders at each position break down thusly: 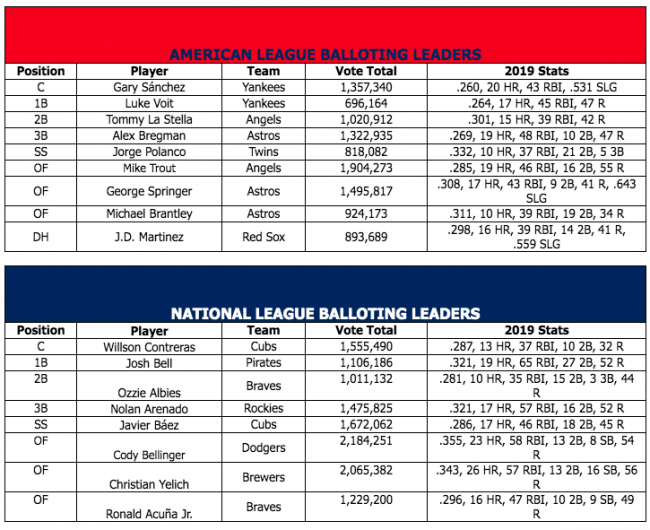 Here are the more extensive leaderboards, with the shaded names belonging to players who, if voting stopped now, would make the second round. First, the American League: 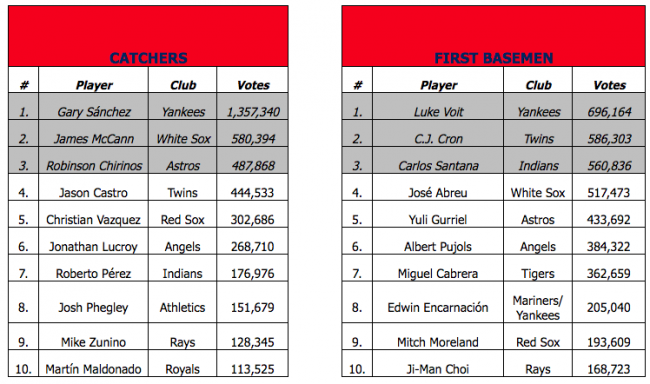 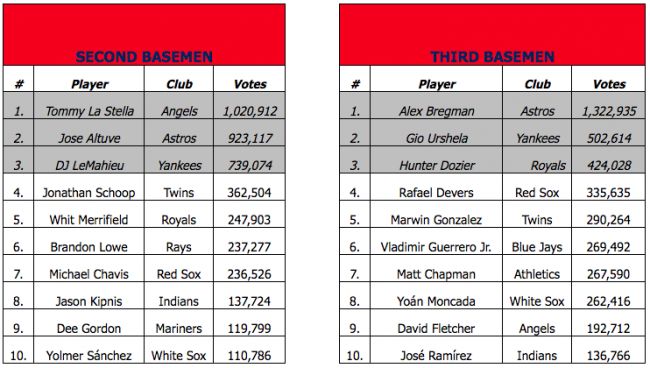 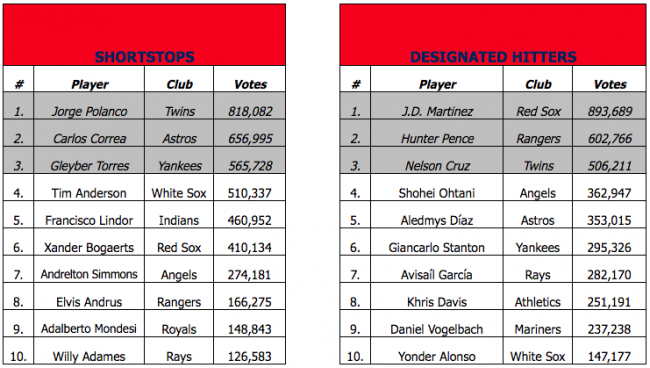 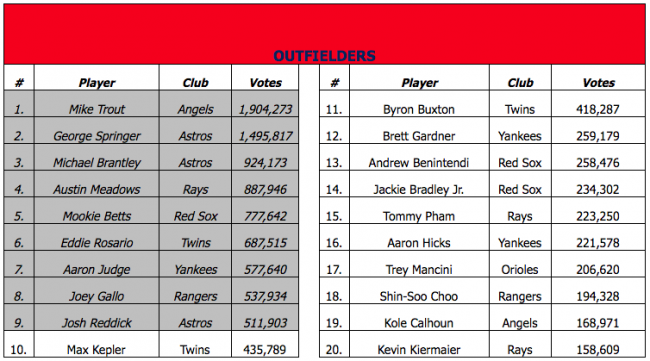 And now the National League: 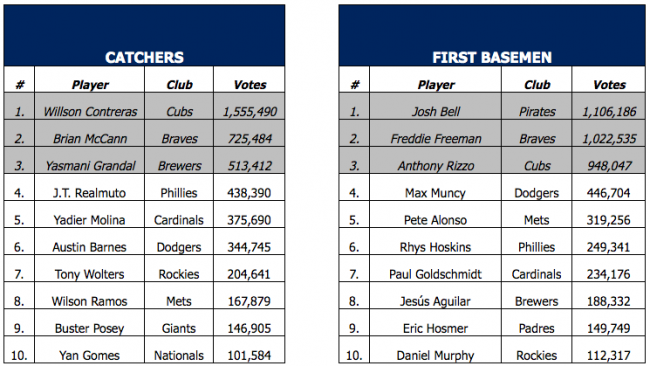 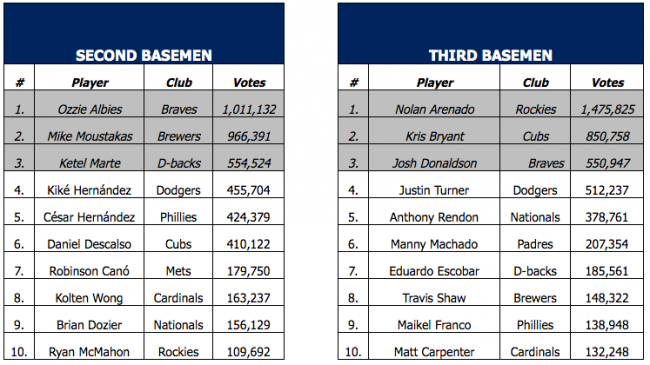 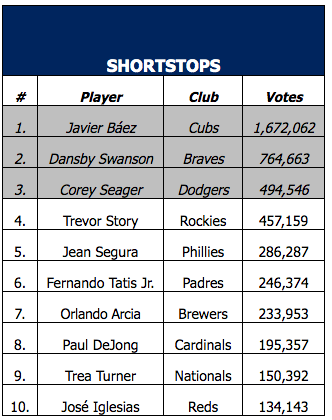 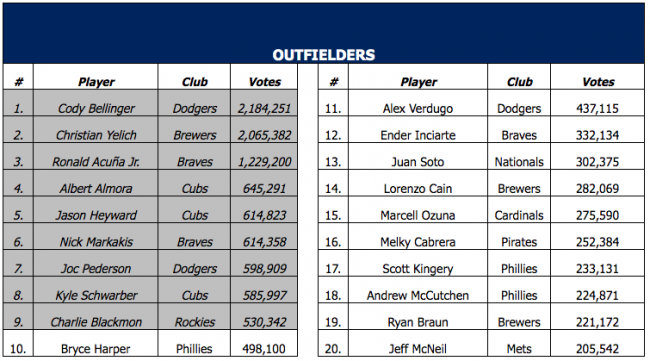