Ortiz was able to sit up and take some steps on last night and this morning and is said to be “making good progress toward recovery.”

Ortiz’s wife Tiffany said that in the following statement: 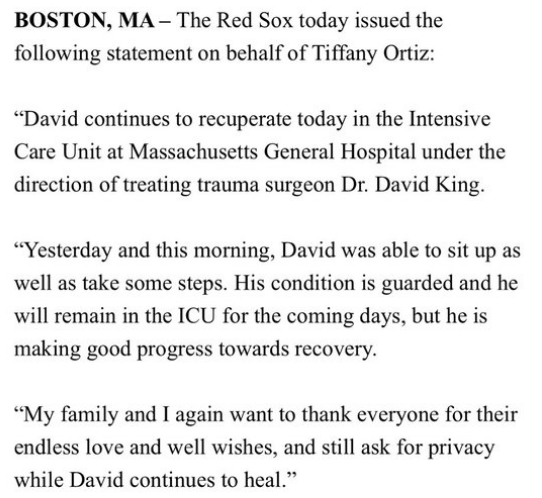 Meanwhile, authorities in the Dominican Republic said they have made a second arrest in the shooting. They have not released the name of the suspect, but it’s reported that the man is thought to be the alleged shooter. The man arrested on Sunday night was the man driving the motorcycle off which the shooter jumped just prior to the incident.