This is fun: apparently, on May 24, Patriots’ quarterback Tom Brady’s business management company filed two trademark applications for the name “Tom Terrific.” One of them is to use the phrase to market collectibles such as trading cards, posters and printed photographs, the other is for T-shirts and other clothing.

The problem: that name is already taken, ain’t it?

Tom Seaver broke into into the bigs in 1967 and, by 1969, was the best pitcher on the planet, winning the Cy Young Award and leading the Miracle Mets to the most improbable World Series title in history. He pitched 20 years, won 311 games, and three Cy Young Awards. To this day you cannot talk about the best pitchers in baseball history and not include him in the conversation. You likewise cannot find many Mets fans — or Reds or White Sox fans for that matter — who can’t immediately tell you “Tom Terrific” if you ask them if Seaver has a nickname. I don’t know when the first time was that someone applied the name “Tom Terrific” to Seaver, but it was at least seven or eight years before Tom Brady was born.

Which is to say that Tom Brady sure has some friggin’ chutzpah, doesn’t he?

Seaver’s family, you may remember, said in March that the Hall of Famer has been diagnosed with dementia and has retired from public life. In late March the Mets announced that they were going to put a statue of the original Tom Terrific at Citi Field and rename a street that gives Citi Field its address after Seaver. The family, as far as I can tell, has not commented on Brady’s application.

I have no idea whether Brady’s trademark application is going to be successful or not. Neither Seaver nor his family ever applied to trademark the nickname. I would think that common usage on the part of people referring to Seaver may prevent Brady’s application from passing muster, but that’s just a guess. Intellectual property law can be complicated and I know almost nothing about it. Any IP experts out there can help us out in the comments, yes?

In the meantime, let us all do something rare in these divisive and fractured times: come together and agree that Brady’s trademark application is trash, hope that it fails and hope that everyone involved in pushing it feels bad about it because they should feel bad about it. 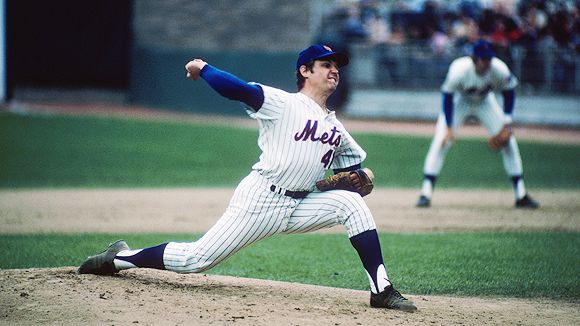