UPDATE: Here is what, in my view anyway, constitutes a sad update. The Yankees and Red Sox will not, themselves, be wearing the cool Union Jack caps (talked about and displayed below) on the field during the London Series games. They will be wearing regular caps with a special patch, seen below.

The good news is that the Union Jack caps will still be available to purchase if you’re so inclined. They’re just not going to be official on-field replicas. Alas.

My verbiage about the propriety of wearing Union Jack baseball-themed merchandise below still stands.

Here are the actual caps for the game:

12:45 PM: Patriots in Boston led the fight against Great Britain for an independent America. The popularization of the word “yankee” has its origins in an often derogatory term British military and political leaders used for people native to the American colonies. In light of that, with the possible exception of the Nationals — it’s hard to find two teams with a better regional and/or etymological claim on, well, not being British.

But, when in Rome, do as the Romans do. here are the caps Major League Baseball just revealed the Yankees and Red Sox will be wearing in London when they meet next month: 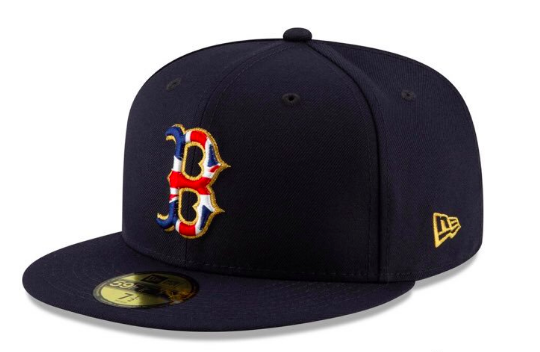 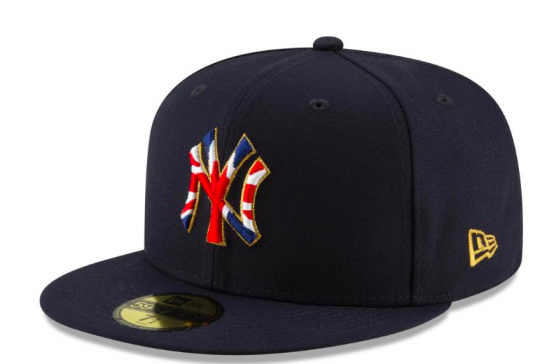 And check out the crown on the back: 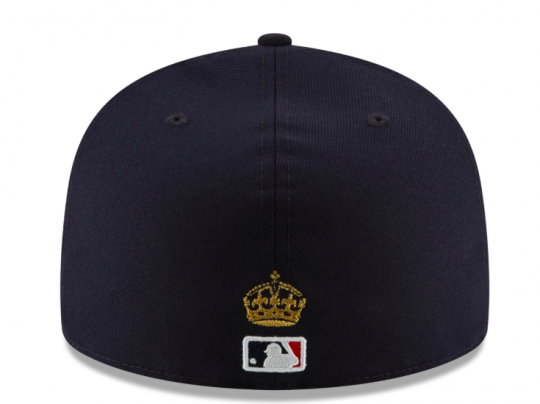 My intro to this article aside, I have no problem with these at all. Indeed, they look pretty cool. I’ve seen some people being grumpy about it seriously, in contrast to my jokingly, citing the history of the colonies and the Revolution and all of that and calling them inappropriate, but c’mon. These are some boss caps.

Besides (a) the war ended 238 years ago; and (b) we probably stole baseball from them anyway. Let your freak flag– er, Jack, fly.