Dodgers great Don Newcombe has died at the age of 92.

Newcombe went 20-5 with a 3.20 ERA as the ace of the Dodgers staff in 1955, leading the club to its first ever World Series title. His best season came in 1956 when he won 27 games, winning both the Cy Young Award and the National League MVP Award.

1956 was certainly Newcombe’s peak, and after a decline that he’d later attribute to alcohol abuse, he finished his 10-year MLB career with stints in Cincinnati and Cleveland, calling it quits after the 1960 season with a 149-90 record and 3.56 ERA. He was a four-time All-Star.

A statement released by the Dodgers: 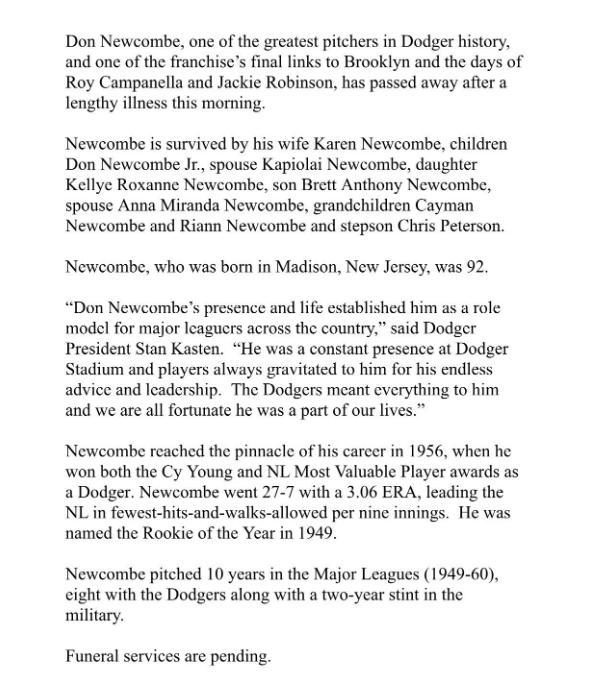 Rest in peace to a legend.