Earlier this week Heisman Trophy winner — and first round draft pick of the Oakland Athletics — Kyler Murray chose football over baseball, committing himself to the NFL draft. It was a move that, however sensible from Murray’s point of view, has led to a lot of soul-searching among baseball folks and has raised questions about what the sport offers young, talented athletes with other options.

It’s not that bleak, however! Another outstanding college football player said no to football this week and reaffirmed his commitment to baseball. Tim Tebow! From PFT:

One Florida Heisman Trophy-winning quarterback will not be coaching another in the Alliance of American Football.

Steve Spurrier, the Florida Heisman winner who later coached the Gators to a national championship and is now head coach of the AAF’s Orlando Apollos, said this morning on PFT Live that after the AAF briefly reached out to Tebow in the ball, it became clear that Tebow’s focus is on playing baseball.

Ok, so maybe Tebow is not turning down quite the football opportunity that Murray would’ve been. But take your victories where you can get them, baseball. 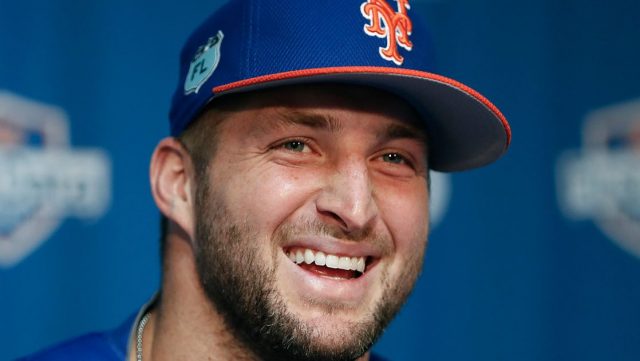