But that report about record revenues is also problematic for a few reasons: (1) it comes as attendance is declining; (2) it comes as player salaries are falling, both in absolute terms and, more notably, as a share of revenues; and (3) it comes as a startling number of teams seem to have very little interest in improving themselves or winning baseball games in the near or even the mid term.

Major League Baseball is making money hand over fist these days, it’s true, but it does not strike me that it’s doing so in a sustainable fashion. The league increasingly relies on sources of income that have little or no connection to clubs putting entertaining and competitive baseball teams on the field and, in some cases, have no connection to the playing of actual baseball games at all. While those incentives are working for MLB at the moment, they could go away more quickly than the powers that be might think. If that happens — and if major league clubs continue to see fielding winning and entertaining teams as an unnecessary component of their mission statement — the game could find itself in serious trouble.

There are a million moving parts when it comes to the business of baseball, but there are some big picture ideas that should be pretty obvious. One of them is that, the better the game in terms of competitiveness, excitement and entertainment value, the better it is for the sport. Another is that, the more fans who want to watch your games, the better it is for the sport. What we’re seeing more and more of lately, however, is a disconnect between those good things — competitive excitement and fan interest — and revenue. Indeed, there is less of a connection between those things than ever before.

Don’t take my word for it. Take an economist’s. J.C. Bradbury is a professor at Kennesaw State University who focuses on the economics of sports. One of his current areas of research is about the gap between player wages and league revenue. He currently has a working paper on the subject (you can read the abstract here), the upshot of which is that a huge factor in all of this is that Major League Baseball is getting whole heck of a lot of revenue from what he calls “non-player sources.” Which is a fancy way of saying from side deals, such as selling BamTech for a massive windfall, partnering with casinos, Korean conglomerates and various other corporate partners that pay Major League Baseball a lot of money.

Which, hey, who doesn’t want to make more money? Money isn’t the issue as such, of course. The issue is that this is money going into the pockets of team owners regardless of what happens on the field with any of their specific teams. It’s not money gained from winning baseball games, from attracting baseball fans in the hope of winning baseball games or, in many cases, from even the simple transaction of buying advertising time. It’s money gained from either a side business — BamTech — or from being, broadly, a big brand with which companies have chosen to partner for far more nebulous reasons than the association with the product on the field. No one gets pumped up by a big Brewers win and goes out and buys a NewRelic.

TV money — baseball’s most important source of income — invokes this problem to a lesser but still significant extent thanks to the structure most of the deals have taken on in recent years. National and local networks, obviously, would prefer to broadcast riveting and competitive baseball, and they may have assumed that that’s what they were going to get, but that was not the only basis of their various investments when they gave out 10, 15, 20, 25 and even 30-year broadcast deals to various teams. The networks wanted the steady, prestigious, DVR-proof product that is live sports programming. They’re paying billions to teams for it. They’re paying those billions whether the teams who receive that money are competitive or whether they’re not competitive. How could they even predict such a thing? Among the current deals are ones that end as late as 2038 and 2040. The starting shortstop for the 2039 World Series winner might not have learned to walk yet.

As MLB rakes in the corporate partner and the TV money, other sources of revenue become less-and-less important. Attendance, primarily. More expensive seats and concessions and the overall luxury-i-fication of the game-going experience has allowed teams to squeeze more money out of fewer in-person fans, but the fact is that there are fewer people interested and/or able to attend baseball games than in years past. That this is not a big hit to the bottom line is a relatively recent phenomenon, by the way. For most of baseball’s history, revenues depended upon attendance more than anything else. Now, not nearly as much.

“Fine,” you say. “The business of the game has changed. The only constant in life is change. It’s no reason to worry.”

Except there is one reason to worry: given the financial structure as currently set up, what incentive does any team have to, you know, win? 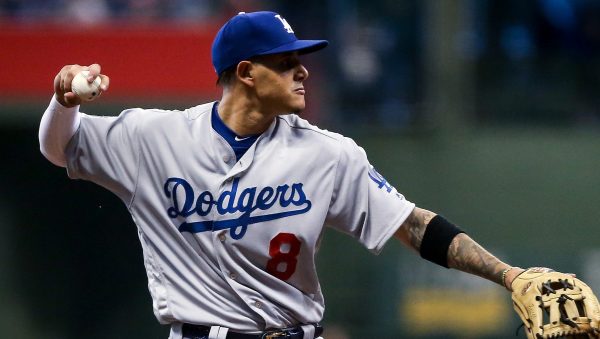 If you own a team and you are getting billions from TV over the next couple of decades, and billions in random windfalls from gambling and internet side businesses and by making such-and-such a company and official partner of Major League Baseball — and if actually drawing fans to the ballpark is less important than ever — why put any money into your team? Why pay ballplayers? Why try to even compete? To do so is to take money out of your own pocket for very little financial reward, relatively speaking. In the past, when winning games and drawing fans was pretty important you had an incentive to field a respectable team. Where’s that incentive now? You can either make $X by winning, oh, 70-75 games or $X-$Y to win 95. Sure, maybe you could add to that $X by winning the World Series, but that’s a long shot even among good teams. Wouldn’t it be better to simply go cheap on the talent and guarantee you that $X than to pay $Y for a 10% shot at a World Series title? And heck, it may not even pay the $Y. It may just pay you in the form of an ego boost.

We’re seeing this play out now. As Bill noted earlier today, the free agent market is once again stagnant, with over a third of the teams simply refusing to participate in it in any meaningful way. At least half of the American League is either not trying to compete at all in 2019 or are at least not trying to improve themselves. There are likewise far more teams in the National League who are either rebuilding or standing largely pat than there are those who could be said to be trying hard to get better.

The owners, large swaths of the media and a huge number of fans will shake their heads and say “oh no, Craig, you’re wrong. It’s not wise to spend a lot of money on players. That’s ‘Moneyball’ 101.” Well, no, it’s not. “Moneyball” was not about going cheap for its own sake. It was about exploiting inefficiencies in the market out of necessity. At the moment — when teams are swimming in record revenues but spending nothing on free agents — I suspect there is an increasing competitive inefficiency to be found in actually spending money on free agents. If everyone is zigging and you effectively zag, you win. That route is not being exploited, however, because the interest in many front offices is not in winning baseball games. It’s in ensuring maximal profitability. To get that $X without spending the $Y if it’s not necessary to do so. The Players Union, by the way, can take a bow for helping these conditions persist, thanks to a couple of Collective Bargaining Agreements which further incentivize teams to not spend money on players. That, of course, is the subject of other rants, past and future.

I’ll acknowledge that I’m writing about this on the very day record revenues were announced, so you may be puzzled as to how I can think this is a bad thing for baseball as opposed to merely offending my pro-player, anti-owner sensibilities. The answer is that I don’t think this current state of affairs can last forever. 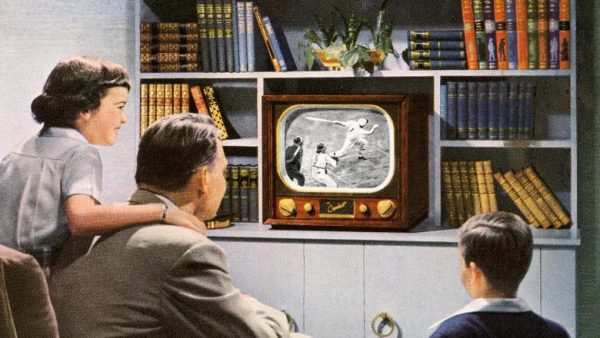 Large windfalls for inventing some cool streaming platform are not going to recur on a regular basis. Gambling partnerships, I suspect, will be less lucrative as time goes on and as sports gambling becomes more ubiquitous. At some point it may occur to the Doosans of the world that spending a lot of money to sponsor the ALCS isn’t going to sell a lot of, um, Doosans to baseball fans. For as much as we love it, baseball is a very small part of the economy and it will suffer ebbs and flows in ancillary revenue just like every other small part of the economy does. The side income that has little to do with actual baseball arrived unexpectedly and will likely leave just as unexpectedly.

More significantly, those TV deals, while currently very long-term propositions, are finite. Technology, the media business as a whole or even laws and politics may totally change the valuation structure of sports broadcasts and those multi-billion dollar deals may become much smaller or, perhaps, even disappear entirely down the road. Short of that, while you can still trot out bad teams or embark on five-year rebuilds while safely in the embrace of a 20-year TV deal, what happens if you’re in that state when your deal is up? What if you embarked on too many of them during your last deal, your fans hated it and your ratings tanked and your network partner doesn’t want to pony up as much money the next time around? There’s this narrative out there that TV money is forever — and yes, local TV ratings remain generally strong — but networks are not immune to bad baseball. The Orioles experienced a 56% decline in ratings on MASN last year. The Tigers ratings went down 42% on FOX Sports Detroit. While losers will always lose a little bit, at some point, if a third or more of Major League Baseball isn’t trying to win, a third or more of Major League Baseball’s media partners may ask why they’re paying so much to show their games. 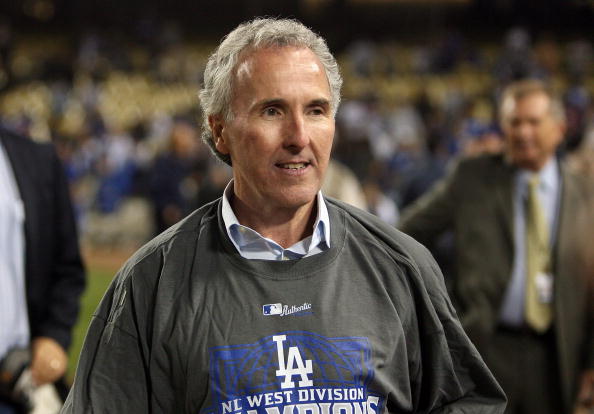 I wonder sometimes if big league owners worry about all of this stuff, but then I remember that big league owners are not exactly big on experience when it comes to facing consequences. Jeff Loria drove two baseball teams into the ground and made out like a bandit. Frank McCourt went bankrupt, disgraced himself in stunning public fashion yet still wound up with a financial windfall, bouncing effortlessly to the life of a soccer mogul. Most of these guys have lived charmed lives or, at the very least, know when to cut and run, so I doubt most of them are losing sleep over whether or not the current gravy train is sustainable for the long term.

In the end, however, the only thing MLB can count on, always, is that it puts on baseball games and that people still like baseball. If it continues down a path in which lots of its money comes from non-baseball sources or sources which are not dependent upon fielding winning baseball teams — and if, in the event, a large number of teams continue to show no actual interest in winning — there will be fewer and fewer fans who care about the game. If that happens and even a few things change around the edges of baseball’s portfolio, then those revenue numbers might look a bit different. Heck, a lot different. And it could have some major consequences for the game as a whole.