Ever since the NLCS, Manny Machado‘s character, attitude and, most of all, his hustle, has been called into question. A couple of arguably dirty plays, a ground ball or two not run out and a less-than-ideal postgame quote will do that to a guy. The level of criticism, however, has gone way too far. That talk of Machado’s attitude has eclipsed talk of his undeniable baseball skills is evidence of that, but the specific folks calling Machado out for it is even better evidence of that.

I give you Hall of Famer Reggie Jackson, speaking to Wallace Matthews of the New York Daily News, in response to Machado saying he was not always going to be “Johnny Hustle”:

“I can’t understand a player saying that. That ain’t going to play here,’’ he said. “I was a pretty good player and I ran hard every single at-bat. It takes talent to run fast, but it doesn’t take talent to run hard. Effort is the least we can ask of ourselves.’’

Reggie Jackson is an all-time great whose plaque in Cooperstown was well-deserved, but it is a flat out lie to suggest that he was known for his hustle. Quite the opposite, actually.

Before his three-homer game in the 1977 World Series, Reggie Jackson’s most well-known on-field feat as a New York Yankee involved his distinct lack of hustle. It came in a nationally-televised game against the Boston Red Sox on June 18, 1977. The Sox led-7-4 in the bottom of the sixth inning. Reggie was out in right field. Jim Rice hit what should’ve been a single to right field, but Mr. October was slow getting to it and Rice legged it into a double. What happened next became instant history:

Billy Martin and Reggie Jackson were never going to get along.

It’s pretty astounding to me that the Daily News piece — written by a guy who has covered the Yankees for decades, and which includes lots of other references to the Bronx Zoo-era Yankees — omits that story, but I suppose we’ll leave that to Wallace Matthews and his editors.

As for the play itself: I’m not gonna defend Billy Martin here — he was a jackwagon and a hothead — and I’m not gonna slam Jackson as some sort of loafer or unprofessional either. He was a generational talent who, on that play and probably some others, just didn’t give it his all. The play and the game washed out as almost all plays and almost all games in baseball do. Jackson was on that team to hit 32 homers, drive in 110 runs and almost single-handedly win the Yankees’ first World Series in 15 years, and that’s exactly what he did.

Jackson’s lapses in hustle or judgment were far outweighed by his hitting skill and superstardom. The Yankees happily accepted that tradeoff, as did the A’s and Orioles before them and the Angels after them. it was part of the deal, and that deal got them a future Hall of Famer who served as the signature baseball personality of his era.

Yet, for some reason, baseball teams cannot seem to accept the same with Machado. Assuming his less-than-ideal playoff performance and attitude is the norm — and I do not think that’s the safest of assumptions — who on Earth can think that a shortstop/third baseman with his talent, skills and track record is more notable for his negatives than his positives? Which is what they must think, because that is basically the only thing we have heard about Machado for the past month.

It’s almost as if there is an incentive on the part of baseball teams and those carrying their water to make Machado seem less valuable as he hits the free agent market. An incentive to focus on the negative aspects of his game and character while downplaying the positive ones. It’s almost as if the Yankees — who have a clear need for a player like Machado, have been rumored to be interested in him and who can afford him — have a greater incentive than anyone to publicly cast him as less valuable than he truly is.

I guess it would be worse if, say, an actual member of the Yankees front office was disingenuously disparaging Machado in this way, but having a Yankees legend do the same is still pretty bad. 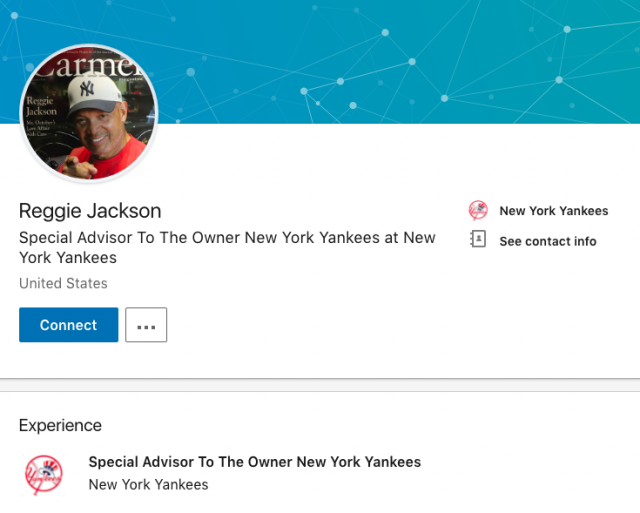