The Boston Red Sox just released their World Series roster and it contains one notable change: pitcher Drew Pomeranz has made it, pitcher Brandon Workman is off.

Workman, meanwhile, pitched in two ALDS games and one ALCS games, going only a third of an inning each outing. He was shelled in Game 1 of the ALCS, the Sox’ only loss, allowing four runs on three hits and walking two batters. Given that outing and his lack of use in Games 2-5, it’s pretty clear that he’s lost Cora’s confidence.

Also off the World Series roster: knuckleballer Steven Wright, who has been suffering from achey knees. As was the case in the ALCS, Heath Hembree will get the call over him.

Here’s the entire roster, as just released by the Red Sox: 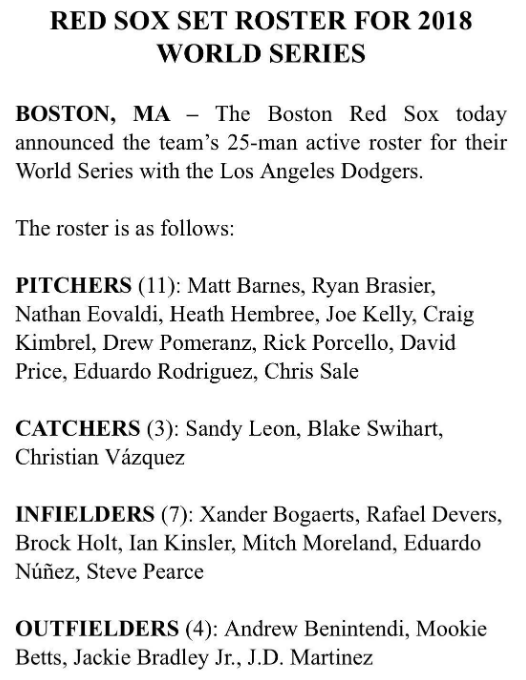