I say “desired” new ballpark because there is no deal in place to build this or any other ballpark yet. The Rays want it and, like any other baseball team, want someone else to pay for it, and the release of these artist’s renderings are a carefully-orchestrated part of the overall sales pitch to outsource their overhead to taxpayers and local business.

An entire webpage has been devoted to it called “Ballpark Reimagined,” which plays up the community’s suggestions for the park and talks about how closely the Rays are listening to the public throughout that process. Admirable, but — pardon my cynicism — clearly part of a campaign to get public buy-in in an effort to get public underwriting. “Hey, this is just as much your park as it is ours,” the Rays seem to be saying. That way, when the bill for it comes down, people will have less of a basis for objecting to paying it.

With that caveat noted — and no, I will not drop the matter of public financing of ballparks until multi-billion dollar businesses stop asking the public to finance ballparks — let us look at what the Rays hope to have someone build for them: 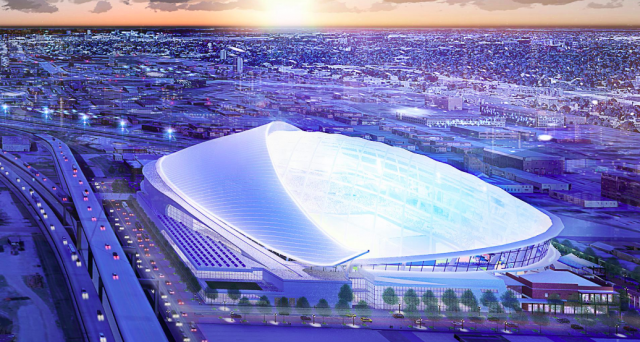 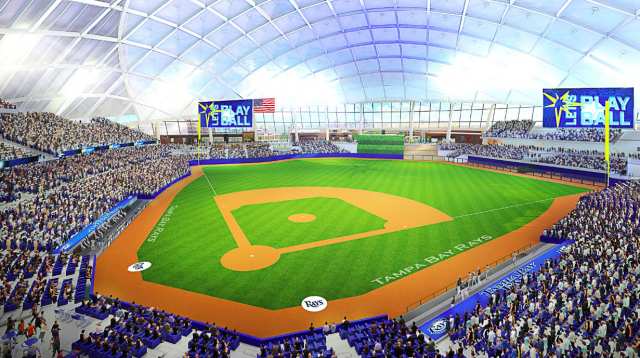 That’s a lot of glass which, hopefully, either does not face the southern/western sun or at least works like your dad’s transitions lenses. It’s also said to have only a 30,000 seat capacity, which (a) is pretty on-brand for the Rays; but (b) probably pretty nice from the perspective of fan experience. It’s also in keeping with Major League Baseball’s positioning of itself as a brand that would rather charge a ton for a small number of people to see the product than charge little for a large number of people to see it.

All in all, though: looks cool. The bar it has to hurdle in order to be an improvement over what they currently have is so low that it makes criticism seem rather beside the point right now. Either way, artist’s renderings at this stage are often very different than what ultimately gets built so we’ll reserve judgment. I mean, there aren’t any ads displayed in that park. Folks, there will be a lot of ads.

And, as I said before: understand that these are sales documents, not design documents, and judge on that basis.

UPDATE: But of course:

#Rays Prez Brian Auld says team has no answers on how to pay for $892 million ballpark tab. Says its a "very compelling investment opportunity" for everyone in the room and is open to creative funding.