The latest A.L. All-Star voting results are in and, even if there’s not parity in baseball these days, there is something approaching it in the All-Star voting. Indeed, eight different teams are represented among the nine American League leaders.

Only the Boston Red Sox placing two in starting position at the moment, with one each from the Baltimore Orioles, the Chicago White Sox, the Cleveland Indians, the Houston Astros, the Los Angeles Angels, the New York Yankees and the Tampa Bay Rays.  Major League Baseball notes in its release of the voting totals that, since balloting was placed in the hands of fans in 1970, neither league has had eight different teams win a fan election in the same year. 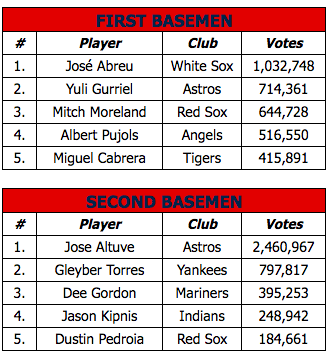 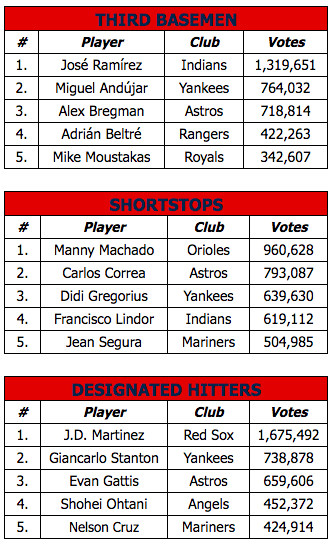 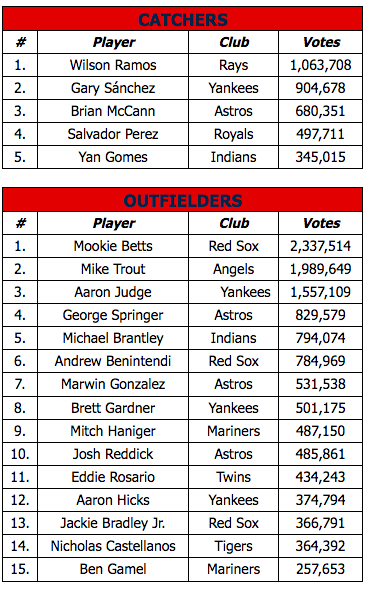