Yesterday Indians pitcher Trevor Bauer created a bit of an uproar when he tweeted about spin rates and the Astros with the strong implication that the Astros’ pitchers were using pine tar to get a better grip and, in turn, increase those spin rates. More broadly he called out Major League Baseball for its lax and uneven enforcement of the rules against pitchers using foreign substances which, in turn he argued, created an unfair competitive environment.

The chatter about all of that continues into today. In response, Bauer released a more thorough statement a little while ago: 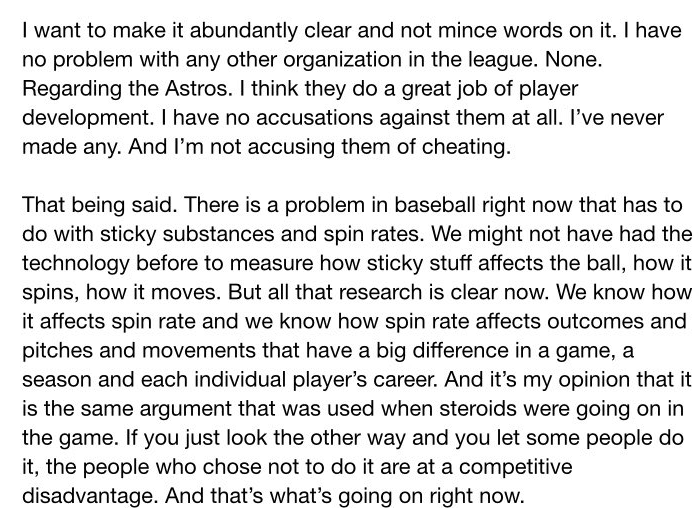 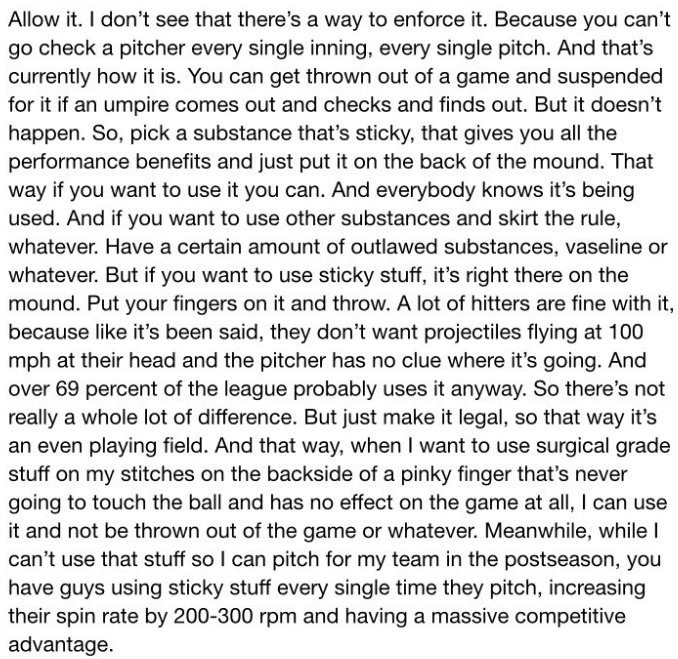 It’s true that many if not most of the pitchers in baseball use foreign substances. And it’s true that Major League Baseball turns a blind eye to most foreign substance use, resulting in weird “gotcha” enforcement when someone is being too obvious about it or allowing one team to engage in gamesmanship by making a complaint about what, in large part is an open secret.

People gave Bauer a lot of grief yesterday for the manner in which he raised the topic — calling out one team and being kind of obnoxious in response to people pushing back — but it’s hard to take issue with what he has to say here. Think of it as Bad messenger, decent message situation.