It didn’t take long for baseball’s top prospect, Ronald Acuña, to make his mark. Yesterday he got his first hit, motored from first to third on a hustle play and then scored the tying run in the Braves win. Today he hit his first homer.

It was an upper deck shot off of Homer Bailey in the second inning. Come for the no-doubt-about it tape measure blast, stay for the Braves fan who caught it, grabbing his crap and running the hell out of there with it:

I don’t know where he was going with it. Given that he is an adult with a backpack at a ballgame, I assume he’s a ballhawk/autograph hound, so maybe he was running to put the thing on some memorabilia site. If he was smart — and a good person — however, he’d beeline for the Braves clubhouse entrance to give the ball to Acuña in exchange for some better merch that is not most notable for having Rob Manfred’s name on it.

I’m sure we’ll find out.

UPDATE: Acuña struck again in the eighth inning, doubling to right field and scoring Freddie Freeman to break a 4-4 tie. He then came around and scored to give the Braves a 6-4 lead. He has a single in this game as well, putting him a triple shy of the cycle. Reminder: he’s 20, and this is his second game. 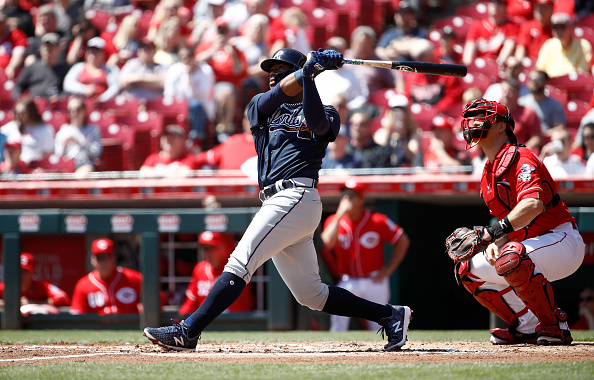