Red Sox OF/DH J.D. Martinez hit a grand slam during Wednesday night’s game against the Yankees. It’s already the 15th grand slam hit this season, continuing a trend that is more or less in line with the recent home run surge we saw league-wide last year. 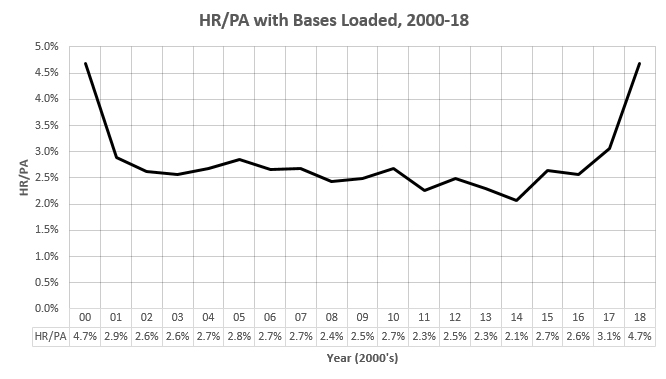 In the past, we have gone over why the overall home run rate rose so sharply. Chief among those reasons is that the makeup of the baseball has changed, though Major League Baseball is unwilling to admit to that despite overwhelming amounts of evidence. Batters have also, in large percentages, begun utilizing analytics and many — including Martinez — have adopted a fly ball-centric approach at the plate. Those reasons, of course, also apply specifically when the bases are loaded.

March/April is usually when the fewest home runs hit, and the home run rate rises along with the temperatures as the season progresses. If that trend holds, we may be in for a season chock full of salami.