Back in July Angel Hernandez filed a discrimination lawsuit against Major League Baseball claiming that he was passed up for promotion and postseason assignments. That’s still pending, but in the meantime he’ll be working the postseason this year. At least part of it, as he’s been assigned to handle the Red Sox-Astros Division Series. That, and all of the other umpire assignments for the Wild Card and first round of the playoffs were announced yesterday.

Among some of our other favorite umps, Laz Diaz gets the Cubs-Nats series. Joe West gets nothing, but that doesn’t mean he won’t be back for the League Championship Series or World Series. We are never too far from getting some Joe West in our lives.

Here are the assignments. Lodge your complaints in the comments, where Major League Baseball will get right on them, I am certain. 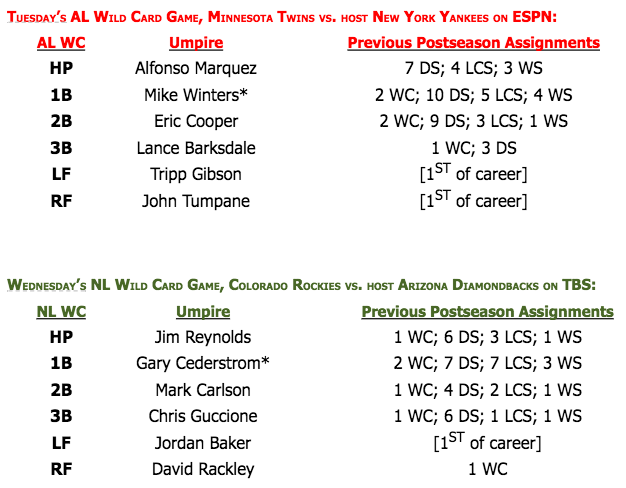 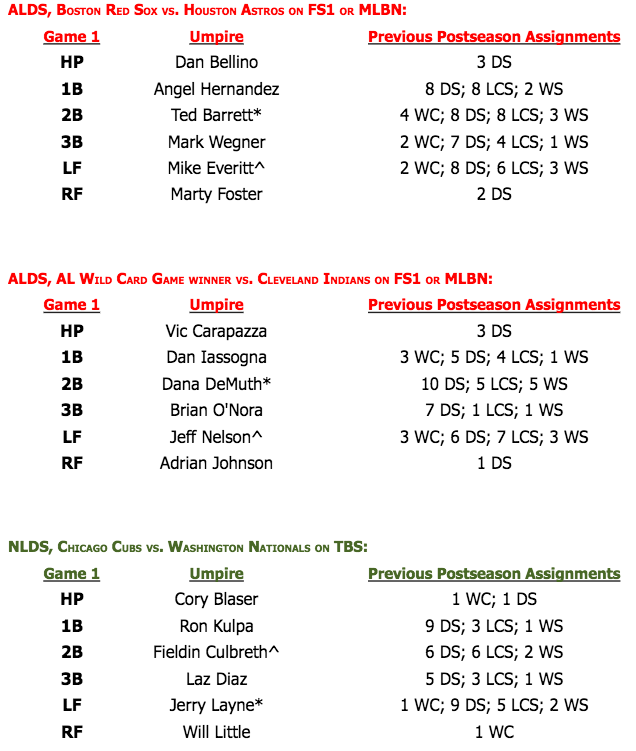 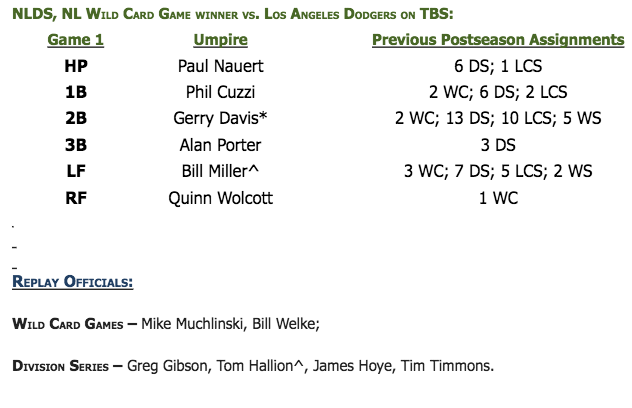