I want an interesting giveaway at a ballgame. Something I can’t just buy in the gift shop and something I’m not gonna throw in the back of a closet as soon as I get home. Something like, say, an indie rock icon interviewing a former MVP and putting it all on an orange and blue vinyl LP with some hot licks on the other side.

Thankfully, the Tigers are doing just that:

Calling all lovers of vinyl records! Purchase this package and get a ticket to see the Tigers battle the Minnesota Twins on September 24 plus an exclusive Third Man Records 7″ vinyl record.

One side of the record is the song “Strike Out” by “The Brushoffs” – a group featuring Third Man Records artists Brendan Benson, Ben Blackwell, Dominic Davis and Olivia Jean. On the other side, Third Man Records founder Jack White interviews 1984 World Series Champion Kirk Gibson. 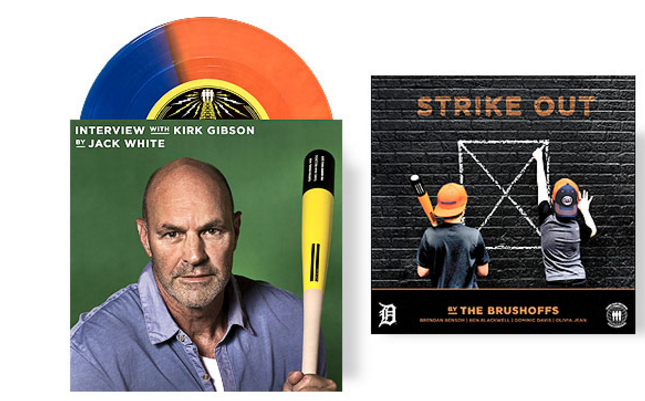