Note: due to the All-Star break, we now bring you a special “Classic” version of “And That Happened.” The following originally ran on the HardballTalk pamphlet, which was mailed to subscribers. Premium subscribers received it via telegram. This installment is from the August 6, 1948 edition.

Here are the scores. Here are the descriptions and accounts of these games, for which we are at complete liberty to provide by virtue of there being no disclaimer which constrains us otherwise:

Dodgers 4, Reds 1: Jackie Robinson hit a two-run home run and Rex Barney allowed one run while striking out nine in a complete game, giving the Reds fits. But the Reds are giving us fits too, by gum! Did you hear about the Whitaker Chambers testimony the other day? He says Alger Hiss, the former State Department official, was in league with the Russkies! That he was a communist back in the day and that he helped sell us out at Yalta! I don’t know about you, my dear readers, but I take allegations of U.S. officials colluding with the Russians to undermine U.S. interests VERY seriously. I  believe that anyone accused of this should be placed under oath to explain themselves pronto! Thank goodness upstanding Republicans in Congress seem to be taking this seriously as well and won’t give it the old brush off! I don’t agree with everything they stand for, but you can always trust the good old GOP to protect us from Russian meddling!

Indians 9, Yankees 7: You’d think Eddie Lopat vs. Bob Feller would lead to a low-scoring affair, but you’d think wrong. Lopat was touched for five runs, Feller for seven, but the Yankees’ relief pitchers were beat up as well, allowing Rapid Robert to get the win. Joe Gordon hit a three-run homer and Jim Hegan knocked in three himself. Feller likewise (all together now) helped his own cause with two RBI. Still, this was an ugly affair. It looked more like that professional wrestling business that just started airing on the DuMont network. Fella by the name of Jack Brickhouse does the announcing for it. He’s not gonna last if he associates himself with that rabble.

Cubs 5, Braves 4: Phil Cavarretta singled in Emil Verban in the sixth inning to break a 4-4 tie and give the Cubbies their winning margin. Both starters, Vern Bickford of Boston and Cliff Chambers of Chicago, lasted only two-thirds of an inning. I’m not sure why, actually. It couldn’t have been due to a rain delay as then at least one of the starters would’ve gone a full inning, so I’m vexed. I’m going to assume for now that they got into a fight over a dame and socked each others’ lights out, necessitating their exit from the game. “Getting socked in the eye while fighting over a dame” is the second leading cause of injury for ballplayers in the 40s, by the way. The leading cause: being shot by Edward G. Robinson on a boat on the Straits of Florida after he tricks you by claiming that he’ll split the loot with ya.

White Sox 4, Red Sox 3: Sox win! Haha, that’s the first time I’ve ever used that joke! It’s a good one! I’ll retire it now, though. No sense in beating a good joke into the ground. We’d never do that here at The Red Network. Pat Seerey drove in three. Not bad for a guy who is on pace for 102 strikeouts this season and who has led the league in strikeouts three previous times with 101, 99 and 97 strikeouts. Can you imagine someone striking out 100 times?! Let alone twice?! It seems irresponsible to the point of insanity! Baseball is on the road to ruin, my friends.

Giants 7, Pirates 6: The Giants beat the Buccos thanks to three-run double by their starter, Ray Poat, and a couple of RBI a piece from Johnny Mize and Sid Gordon. Poat, by the way, did something weird last year: he got four hits in his month or so in the bigs, but his four hits were a single, a double, a triple and a homer. The season cycle in four safeties. Pretty swell! Also swell: Fritz Ostermueller got shelled for seven runs — six earned — in seven innings. It’s not a bad thing for someone like him to get shelled.

Cardinals 6, Phillies 2: Howie Pollet outdueled Dutch Leonard, allowing two runs in nine innings of work. Only two of the Cardinals’ six runs were earned, by the way. In all of these games there was a pretty wide gulf between earned and unearned runs, actually. Sloppy play by slow fellas, most of whom are fat drinkers who don’t condition themselves with knee-bends and the old medicine ball in the offseason. It’s a sad state of affairs, frankly. The only thing that would make it sadder is if fans who are little boys now one day try to convince everyone that we’re enjoying some sort of “Golden Age” of baseball. I tell ya, that would be a perverse, ahistorical tragedy.

Browns 2, Athletics 1: Bill Kennedy allowed one run over seven and a third and Ned Garver shut out Philly for an inning and a third to get the . . . what? The “save?” What in the world is a “save?” Sometimes it’s hard to get your head around modern baseball, things move so quickly. I’m just thankful that some things remain constant. Like the Browns playing in St. Louis and the Athletics playing in Philadelphia.

Tigers 1, Senators 0: Ten shutout innings from Ted Gray lead the bengals to victory. He and the Tigers defense were as impenetrable as the Berlin Blockade that began a few weeks back. And I gotta tell ya, folks, it looks bad for our freunde in Deutschland! Some people say we can beat it by airlifting in supplies until the Soviets blink, but I fear the only solution to all of this is to take General Curtis LeMay’s advice and send the fighters and bombers in. We won the First World War, we won the Second and you can rest assured we’ll win the Third! 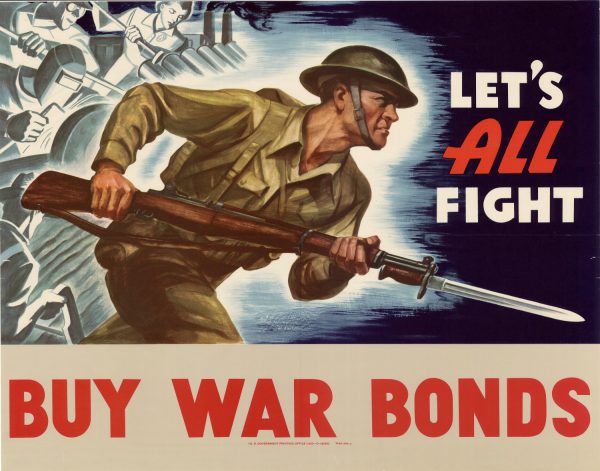