All-Star voting ends this Thursday night, just before midnight eastern time. The All-Star teams — at least how they’ll appear before the dozen or two substitutions we’ll get before the game — will be unveiled on Sunday at 7pm on ESPN, just before Sunday Night Baseball.

Which means you still have time to alter these standings, which now stand as the final update before things are set in, well, not stone, but at least some Play-Doh which has been left out of the can too long and is kinda hard to mess with. 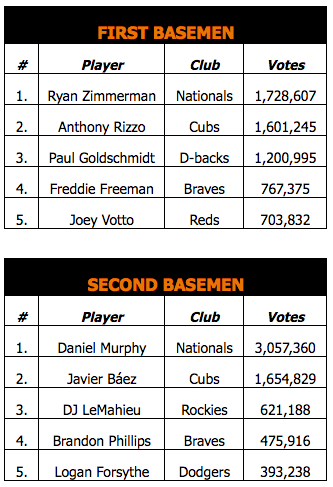 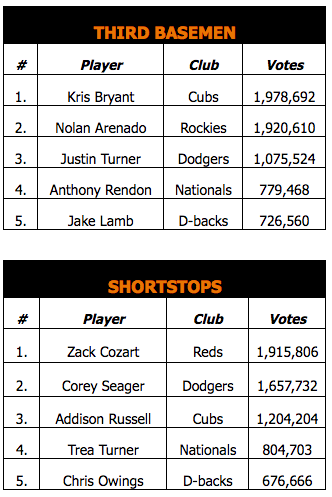 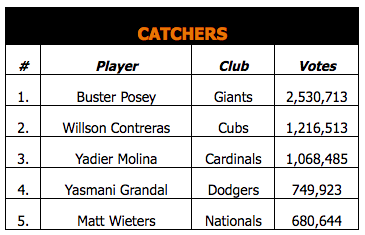 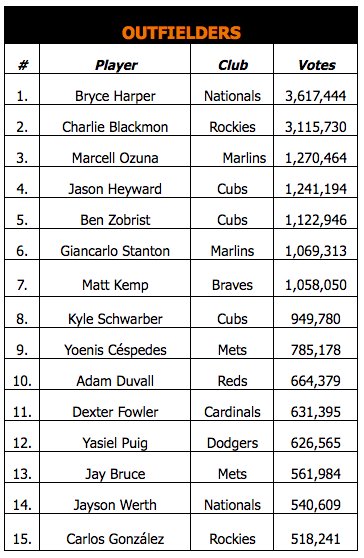 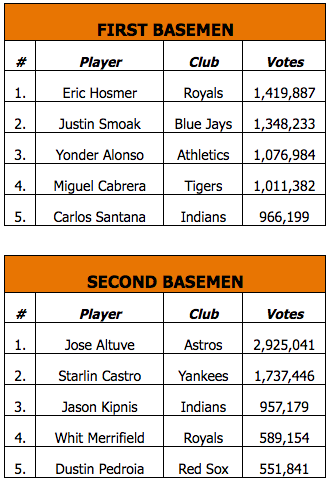 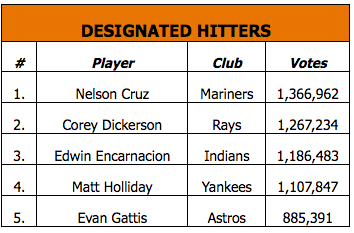 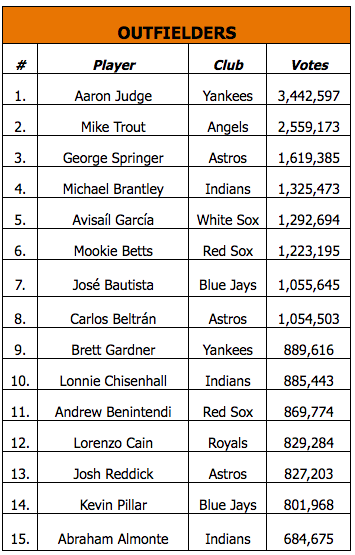