Last Tuesday night, the Braves hosted the San Francisco Giants at SunTrust Park. They lost 6-3. An Alabama man named Marcus Stephens almost came away a winner, however. At least if stealing a $4,500 golf cart that belongs to the Braves makes you a winner, which in some circles I suppose it would.

Stephens lost, however, when he crashed the cart into a metal pole, attempted to flee on foot and was apprehended by Cobb County Sheriff’s deputies. This all went down at 1:40AM Wednesday morning. The report doesn’t mention anything about alcohol being involved but I’ve read enough stories like this to make educated guesses about such things.

That being said, Stephens seems relatively composed in his mugshot: 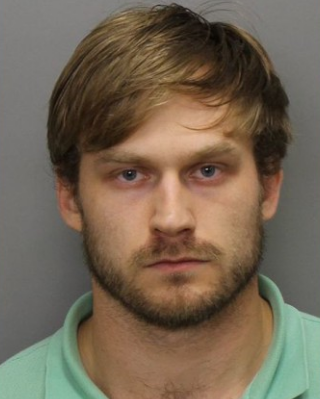 I mean, yeah, the eyes look a bit red and puffy and the overall vibe he gives off is “I came to the game as part of the Sigma Nu reunion (Auburn University class of ’06, WAR DAMN EAGLE!),” but I expected much worse after reading the headline.

Anyway, dude is out on bail. Somewhere, someone is really super proud of him, I’m sure.