This is not the first press release from MLB about Bryce Harper I expected today, but we’ll go with this until they decide to suspend him later.

The first National League All-Star balloting update was announced this morning and the Nationals’ outfielder leads all vote-getters with 900,079 total votes. Assuming this pace keeps up, and it likely will, he’ll get a starting nod for the third straight year and his fourth overall fan-elected start.

Behind Harper in the vote totals are Charlie Blackmon of the Rockies and Jason Heyward of the Cubs. Then comes the Cubs’ Ben Zobrist and Kyle Schwarber, followed by Matt Kemp.

Here are the early results: 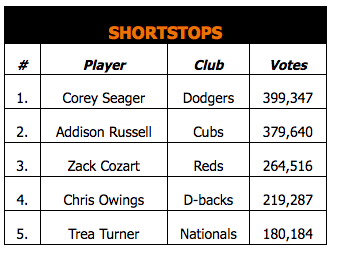 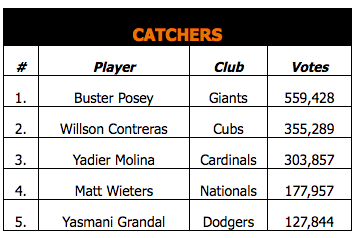 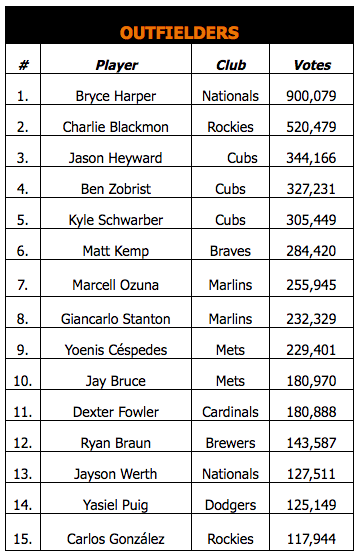