Reds 7, Phillies 4: Going with a zillion pitchers and a short bench is always lame, but it’s especially lame early in the season when everyone’s pretty fresh and there are some days off built in. You can negate that self-inflicted disadvantage, however, if you send up a pitcher as a pinch hitter with orders to hit a homer. Here Bryan Price, I’m sure, explained to Michael Lorenzen that a homer was preferable and Lorenzen obliged him. The Reds pitcher hit the first pinch-hit homer by a big league pitcher in eight years, putting the Reds ahead for good. Daniel Nava hit two homers for Philly in a winning effort in a losing cause.

Twins 5, Royals 3: The Twins drew seven walks yesterday. In three games against the Royals they notched 25 hits and 23 walks. That’s quite a thing, both for the Twins and for the Royals. Anyway: a sweep for Minnesota.

Rockies 2, Brewers 1: Nolan Arenado led off the ninth with his first homer of the year, breaking a 1-1 tie. Earlier Mark Reynolds homered for the Rockies’ first run. Antonio Senzatela, making the jump from Double-A, made his big league debut for Colorado, tossing five shutout innings and striking out six. Not too shabby.

Cubs 6, Cardinals 4: Kyle Schwarber hit a go-ahead, three-run homer, with the rally being kicked off by that ball that stuck to Yadier Molina‘s chest protector, allowing leadoff hitter Matt Szczur to reach base. Here it is again in case you missed it:

File this under things you’ve never seen before … pic.twitter.com/zgr3eT8HP8

I imagine we’ll have a discussion about doctored baseballs and stuff over the next few days. It’s a pretty dreary and silly conversation at this point. Mostly because baseball itself doesn’t care about pitchers doctoring baseballs. Unless it’s “obvious” in a Michael Pineda way. Which is a dumb standard, meaning there is practically no standard about the doctoring as much as there is one about decorum. And lord knows how dumb baseball decorum conversations can be.

One thing I can predict, though: a lotta people, reasonably for the most part, will believe that either the ball or Yadi’s chest protector or both had some goo on it. They will generally not be Cardinals fans. A lot of people — almost 100% Cardinals fans — will say this was not goo at all but rather [insert some JFK-style magic bullet theory here].

If you introduce irrational standards regarding player behavior, you’re inviting irrational explanations, and those go very will with fandom, which is itself irrational, generally speaking. So have fun with the debate, folks. I’m mostly gonna sit it out.

White Sox 11, Tigers 2: New White Sox Geovany Soto hit two homers and James Shields allowed one run on two hits and struck out five in five and a third. As for the Tigers, there was a lot of talk about the back of the rotation this spring and questions as to whether Matthew Boyd or Anibal Sanchez belonged there. Here they both pitched with Boyd giving up five runs in the start and Sanchez giving up five runs in relief, so all that debate was for nothing!

Athletics 5, Angels 1: Triggs beats Skaggs. Andrew over Tyler. One run, unearned, over five and two thirds vs. five runs on five hits over five and one third. The A’s and Angels split their four-game series.

Marlins 4, Nationals 3: The Marlins scored all four of their runs from the eighth inning on, coming from behind twice, and winning this one in the 10th via a Justin Bour go-ahead double. The Nats looked for bullpen help all winter after Mark Melancon left. They didn’t find much of it, but they put a happy face on things all spring. All teams do this with their shortcomings, of course. There are optimistic fluff pieces all February and March in which weaknesses are dismissed and a rosy picture is painted about how great The Grand Plan is. Then, in the first week or two of every season, I think of this, one of my favorite sports-related quotes of all time: 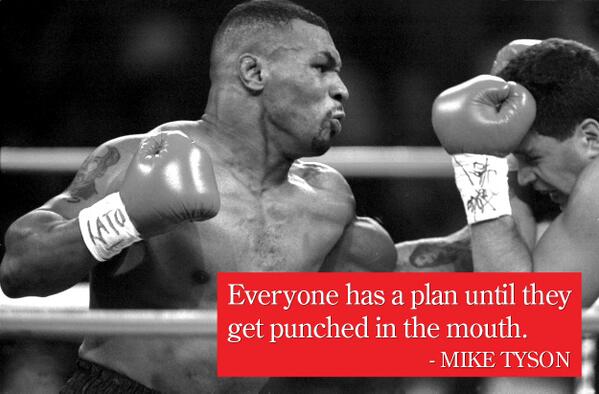 Mets 6, Braves 2: Matt Harvey allowed two runs over six and two-thirds in his season debut, allowing every Mets partisan to breathe a sigh of relief. It’s hard to overstate how bad Harvey was last year before going down and how much better the Mets will be if he’s healthy and even close to his old form in 2017. Otherwise, Travis d'Arnaud hit a go-ahead, two-run double and Wilmer Flores a two-run homer as the Mets cruised.

Blue Jays 5, Rays 2: Kendrys Morales hit a grand slam in the third inning and the Jays never looked back. Marcus Stroman allowed one run while pitching into the seventh, aided by three double plays behind him and a fourth double play that allowed Joe Biagini to get out of a jam Stroman himself created before leaving in the seventh.

Mariners 4, Astros 2: Tied 2-2 in the ninth, Jarrod Dyson hit a tiebreaking RBI single. Then Jean Segura added some insurance with an RBI single of his own. Mitch Haniger homered as well, as Seattle gets its first win of the year.

Diamondbacks 9, Giants 3: Jake Lamb hit a three-run homer, David Peralta and Paul Goldschmidt each hit solo shots, and the Snakes took three of four from their division rivals to start the year. The Giants won 9 of the 10 games played by these two clubs at Chase Field last year and hadn’t dropped a four-game series against the Dbacks in Arizona in nine years.