Dodgers outfielder Yasiel Puig is coming off of another disappointing season. The Cuban outfielder hit .263/.323/.416 with 11 home runs and 45 RBI in 368 plate appearances. The inffective and injury-plagued campaign wasn’t what he nor the Dodgers were expecting in year five of his seven-year, $42 million contract.

During the offseason, Puig changed his batting stance and the early returns are good. Excuse the amateurish cropping, but here are the major differences. 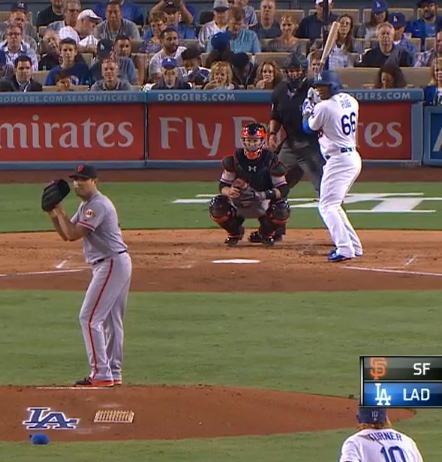 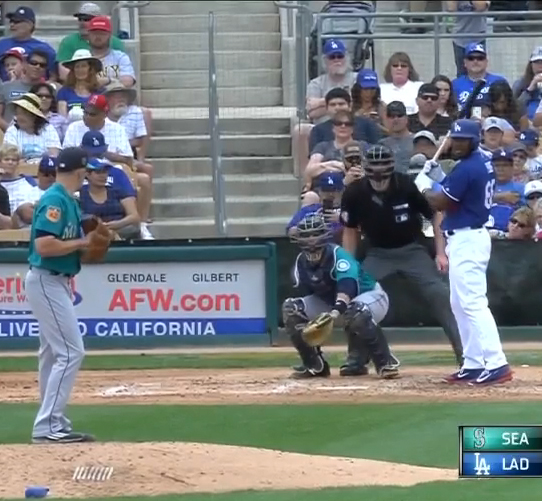 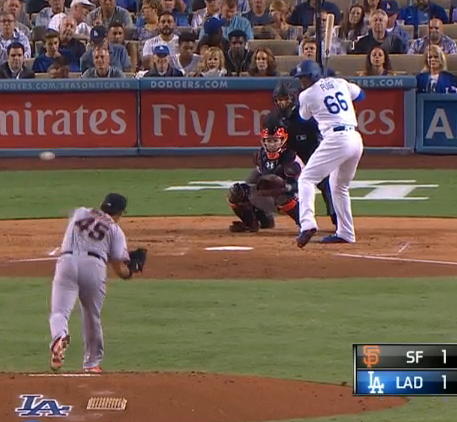 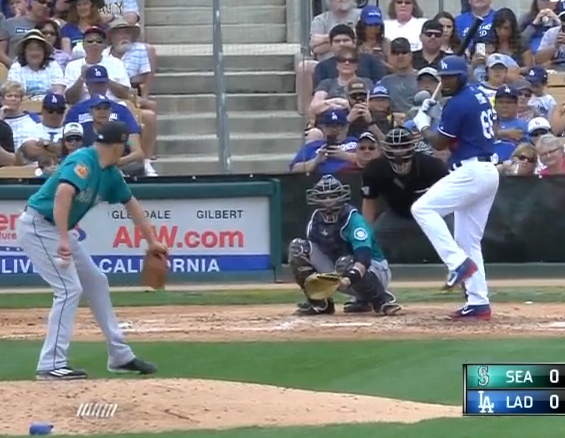 Puig stands straight up at the plate now whereas before he had a slight crouch. And as he’s preparing to swing, Puig’s leg kick is straight up and down as opposed to a toe tap.

Puig blasted a solo home run — his first of the spring — during Sunday’s exhibition against Mariners switch-pitcher Pat Venditte. Of course, he celebrated with his signature bat flip.

The Dodgers are certainly hoping there’s more where that came from.