Thomas Boswell of the Washington Post writes a column today — likely part of the Post’s overall Inauguration coverage — about how the world of sports and sports fandom is a refreshing change from the world of politics. It’s a place where “facts are still facts,” he says. Where  “debates, though sometimes loud, are surrounded by oceans of substantiated facts and often informed by respected experts who depend on rational analysis to make their points.” Contrasted with politics, of course, where objective fact has turned into opinion and vice-versa.

I get what he’s trying to say and I think he’s well-intentioned. But I also think he badly misreads both sports discourse and political discourse, each of which have borrowed the worst excesses from the other. And by this I do not mean the extent to which the substance of sports and politics overlap, which we have often argued about in this space. This is not a “stick to sports” point. I’m talking about the way in which sports fans interact with sports and political people interact with politics, even in a relative vacuum.

Politics has coopted sports discourse in the most toxic and wrongheaded of ways. The idea that “scoreboard!” is all that matters. The belief that winning is the only objective as opposed to a means to an end. Notions of rooting and tribalism, and that “our team” and “the opposing team” is the proper way to view the parties to the contest. All of those things — each of which make sense to varying degrees in a sports context — have been imported into politics and have served to degrade them.

Likewise, contrary to what Boswell says, sports fans and commentators have eagerly begun to traffic in political-style reality creation, distortion and spin. He takes an oblique swipe at the “hot takers” like Skip Bayless and talk radio shouters, but he’s deluded if he thinks that they do not have more influence over sports fans than do than “the respected experts who depend on rational analysis to make their points” which he describes. Bayless and his crowd are a direct aping of “Crossfire”-style political shows.

Likewise, the concept of fan loyalty is increasingly discussed and routinely encouraged by sports leagues and teams in terms that were once reserved for party politics. The notion that those who have succeeded have done so because they are worthy and all of those who are worthy have succeeded is likewise fully believed by both sports fans and political actors. The idea that validation of one sort — electoral or competitive — justifies overlooking the political or athletic actor’s real life transgressions likewise crosses political and athletic lines. How much do sports fans and citizens overlook crimes and misdemeanors if there is a sufficient redemption or comeback narrative to cloak them?

Yet Boswell believes there to be a fundamental gap between how sports and politics are practiced and consumed. To explain it, he says this:

One partial explanation for the gap between the way we talk about sports and the way we talk about some other subjects may be the distorting force field of ideology. When we have a deep attachment to unprovable beliefs, ideas and emotions get intertwined. The psychological cost of disentangling them can be profound.

Tell me that you have not witnessed that dynamic among people whose identities have become far too wound up in the sports teams for which they root. There is ideology among sports fans just as much as there is among political partisans, even if the stakes aren’t as high.

He also says this:

For example, Clemson and Alabama have split the past two college football titles. Yet both coaches, in both years, deferred respectfully to the results, didn’t seek scapegoats, didn’t claim the results were invalid and, by their example, encouraged their fans to take pride in the battle — won or lost — and analyze it with enthusiasm but without distortion.

As if sports fans haven’t spent years re-litigating the Tuck Rule, Don Denkinger or Maradona’s Hand of God. As if notions of good sportsmanship and proper perspective are satisfied by merely accepting results. As if cheating scandals, real, imagined or inflated beyond all perspective, have not caused people to question the very legitimacy of the players in question.

As I said at the outset, I get what Boswell is trying to get at. And I find it admirable that he’s looking to sports to find some grace in an increasingly graceless world. Moreover, none of this is to say that sports don’t provide some refuge from raging political storms. They do.

But the world of sports is every bit as susceptible to the reality-denying, magical thinking storms which have increasingly come to characterize politics. And those raging political storms are very much fueled by a type and mode of passion that was first cultivated in sports and repurposed for a larger stage.

I mean, are these things really all that different? 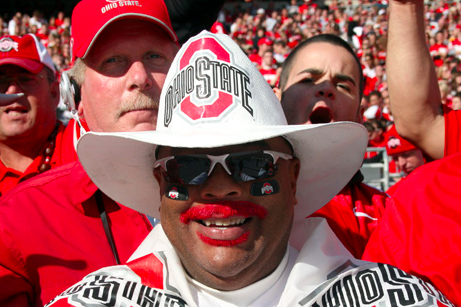 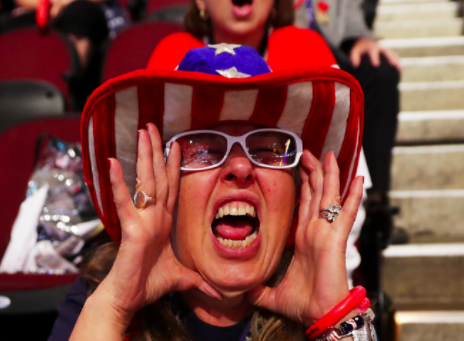 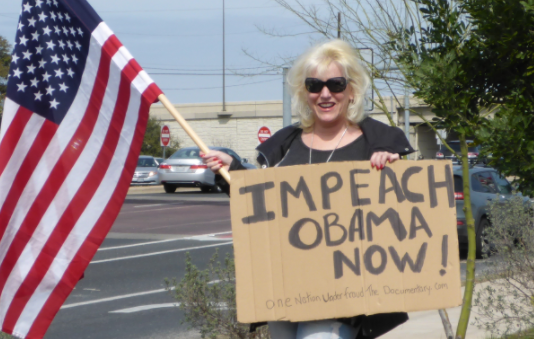 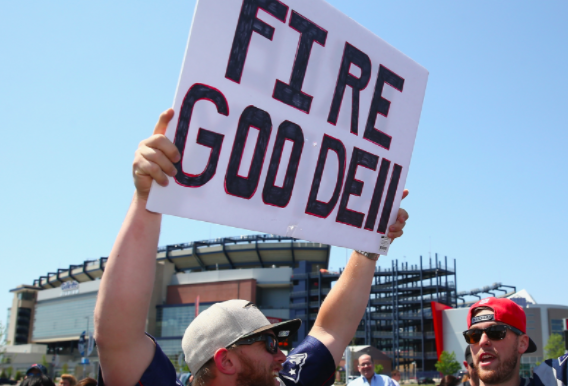