The first Spring Training workout dates, both for pitchers and catchers and full squads, has been released for all 30 of the Major League clubs.

The Dodgers and Rangers have the latest full-squad workout days too — February 21. I’ll think of a funny reason for that later. The first player who played for both of those teams that popped into my head is Milton Bradley and he’s not funny at all, so let’s just put a pin in that for now. 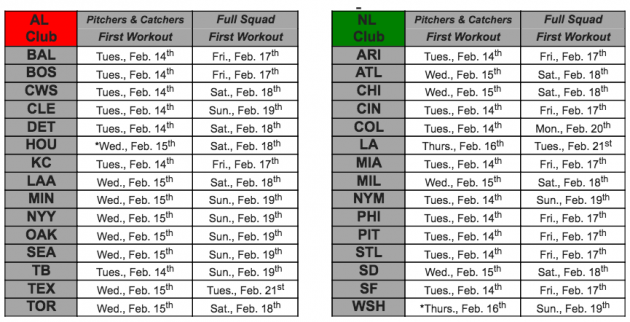