For a guy who won a World Series MVP Award and has been to a couple of All-Star Games, it’s amazing how many stories have been written about Pablo Sandoval‘s off-the-field exploits compared to his on-the-field exploits. Specifically, stories about his conditioning. Or lack of conditioning. Of him getting into shape, falling out of shape and getting back into shape again. It’s been this way since he emerged as an everyday player in 2009.

And it continues anew:

Sounds like Pablo Sandoval will be given every opportunity to win 3rd base job next spring – #redsox #wbz – photo courtesy Alvaro Hernandez pic.twitter.com/xJVYn8S7hx

There is no claim here that Sandoval is, in fact, in The Best Shape of His Life. However, longtime BSOHL fans know that the claim is not about the magic words being used. The idea is that, in the offseason, players with something to prove will routinely make an effort to create the impression that they are a new man. Often it is from claiming that one is in The Best Shape of His Life. Often it comes from surrogates talking about how many pounds of fat one has lost or pounds of pure muscle one has added. Sometimes — as here — it comes in the form of showing post-workout photos.

Whatever the purpose of the photo, Sandoval is certainly looking good compared to where he was last spring: 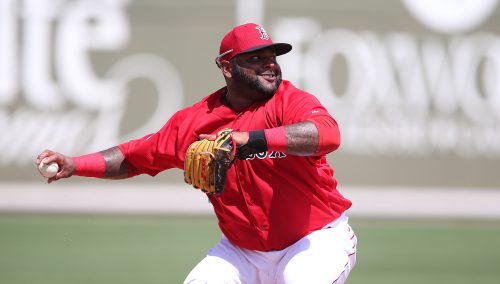 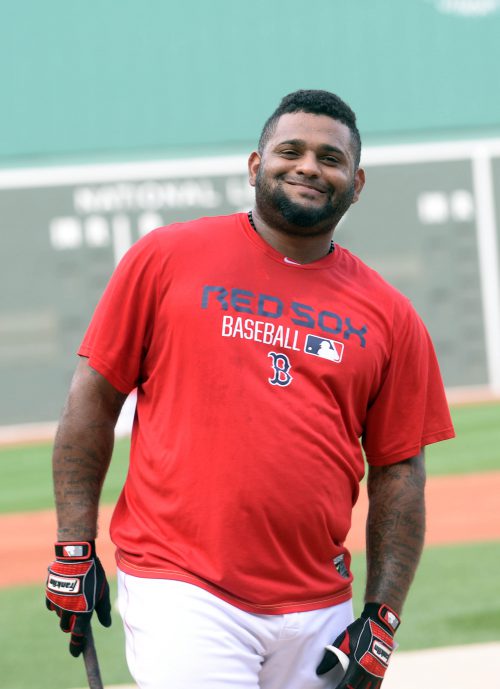 Even if this is part of a plan to get Sandoval some good press heading into the 2017 season, I’m happy to see that he appears to be recovered from shoulder surgery and appears to be taking good care of himself and is thinking about his baseball futrue.