Joe Buck knows this well, so he’s likely not surprised to learn that his many, many laudatory words of Kyle Schwarber over the course of the Series’ first five games — mostly deserved, by the way, as Schwarber is doing something that has not been done before — has caused some folks to poke fun at him.

How? In the form of a Bed Bath and Beyond wedding registry! 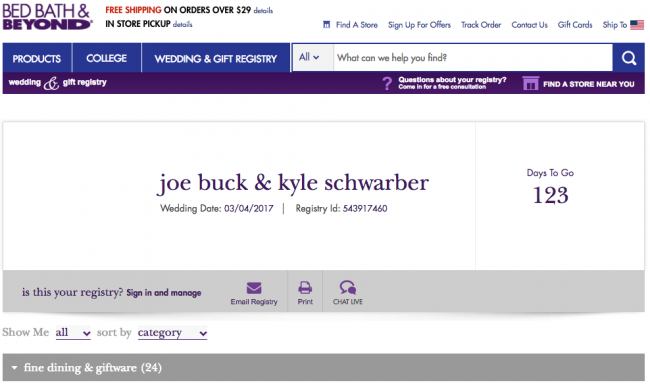 Someone already bought Buck and Schwarber a $10 sugar bowl. You can still get them flatware or some Riedel wine glasses. Both the Cabernet/Merlot tumblers AND the Viognier/Chardonnay tumblers.

Schwarber strikes me as more of a beer guy than a wine guy, but hey, sometimes you have company over.