You will be shocked (i.e. not shocked at all) to see that the National League Games take precedence in terms of prime time scheduling, with the Cubs and whoever their opponent will be — Dodgers or Nationals — getting the evening game on the three days when both ALCS and NLCS games will be played. The Blue Jays and Indians — not nearly as marquee a matchup for television’s purposes — gets 4PM Eastern start times when all four teams are playing.

Claim “bias” or “disrespect” all you’d like, Blue Jays and Indians fans, but TV networks and sports leagues are profit-making concerns and the most eyeballs is what rules their decisions. Such is life. 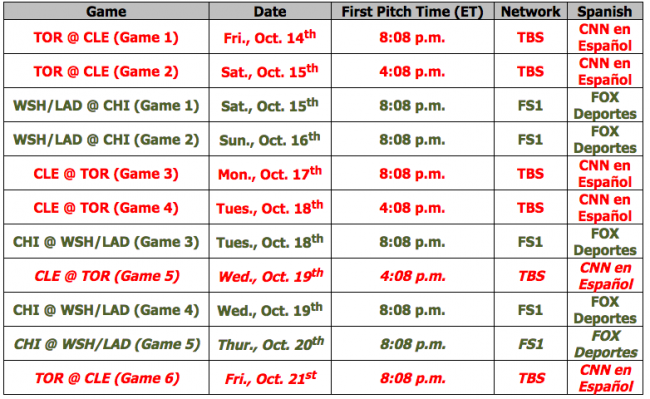