Yankees fans in the right field bleachers usually do a “roll call” of the Yankees’ lineup. They chant the Yankees players names, the player gives a hat tip or a wave or something and then they move on.

Last night in the Bronx, however, it was the visiting club’s fans who performed a roll call. One louder than the one performed by the home team. And they unfurled that big Dodgers flag seen above as well:

The Dodgers have not played in Yankee Stadium very much. Must either be a tour group or the children and grandchildren of old Brooklyn people who inherited the Dodgers fandom via osmosis or something.

They went home — or to their hotels — happy. Dodgers beat the Yankees handily. 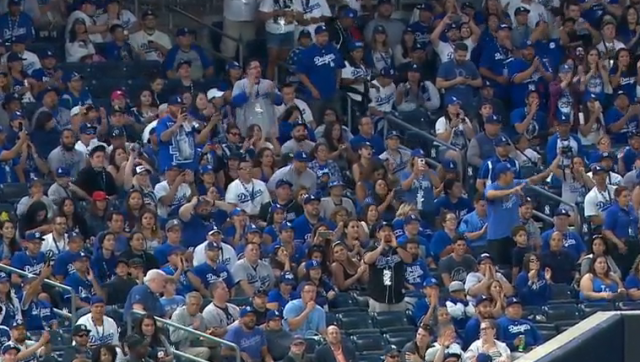