WFAA-TV in Dallas is reporting that Texas Rangers reliever Jeremy Jeffress has been arrested for drunk driving. Details of the arrest are not yet available. He was jailed just after 5AM today.

Jeffress was traded to Texas by the Milwaukee Brewers at the trade deadline at the end of July. Overall he has a 2.52 ERA and 27 saves in 56 games. He has appeared in nine games for the Rangers and has allowed four earned runs in nine innings pitched.

More details when they become available.

UPDATE: The details of his arrest, as stated in the booking paperwork, are out. And they’re . . . sad:

He was stopped about 2:30 a.m. in Uptown, in the 2400 block of Mahon Street near Maple Avenue and Cedar Springs Road, after he changed lanes without signaling and almost hit a car, police said.

An officer reported Jeffress’ breath smelled like alcohol and his eyes were “bloodshot, watery and glassy,” the warrant says. He told the officer that between 12:15 and 1:15 a.m., he had three or four cups of Hennessy cognac mixed with Coca-Cola.

During sobriety tests, he could not keep his balance or stand on one leg, an affidavit said. He also urinated on himself.

And, of course, the mugshot: 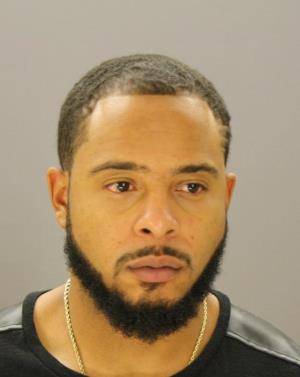