As I have written recently, it is important to like what you like and not care about what the mob thinks. Some people have preferences that are not in keeping with the majority. This — and not being cowed into some sort of mob orthodoxy — is generally a good thing. Also, it’s worth noting that Mexican food is not some strange and exotic thing in the United States in 2016. You can go to literally any city in the country and find some really good Mexican food. Heck, even most small towns have a good Mexican place or two. It’s pretty ubiquitous.

But dudes: Mexican food in San Diego is REALLY, REALLY good. And, even if Myers is going to march to the beat of his own culinary drummer, which he certainly should, he has to realize that the people in his professional home town have, you know, some pretty strong feelings about that, right?

As luck would have it, I was pretty hungry as I left the press session early this afternoon. As luck would also have it, Pokez, a Mexican restaurant that came highly recommended to me, is right across the street from my hotel. Watching the Wil Myers stuff bubble up on Twitter sealed it: I had to go in. I ordered a number 2 combo, which was a chicken taco, a bean tostada and a cheese enchilada: 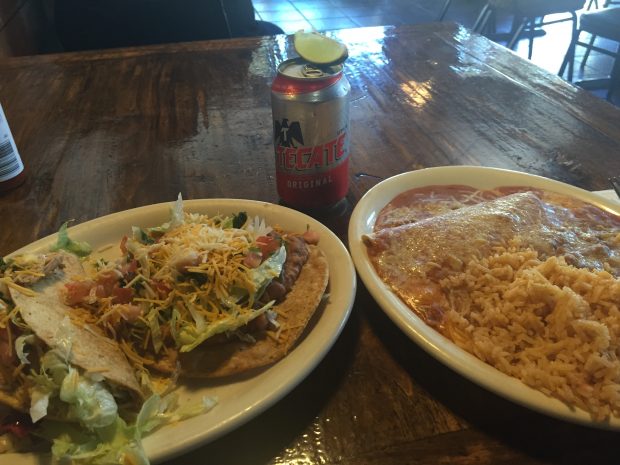 It was fantastic. Really, and this is no hyperbole, it was one of the best Mexican meals I’ve ever had. Maybe that’s not a super high bar for a dude from the Midwest, but I’ve been in California and Texas enough to where I think it’d still rate even for people who know better than me. I’d hope that Myers, who has been with the Padres since December 2014, would be able to appreciate it.

For what it’s worth, I relayed Myers’ views to a couple of the people in Pokez at the time. One was Gus, who works there and who owns some pretty amazingly fashionable glasses if I must say so myself: 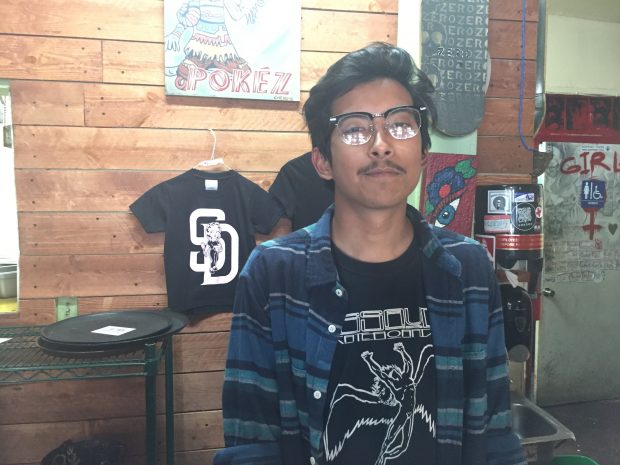 That’s Gus’ “not impressed” face. When I told him that Myers preferred east coast Mexican, he said “He knows we’re right next to the border, right?” Then he shook his head. 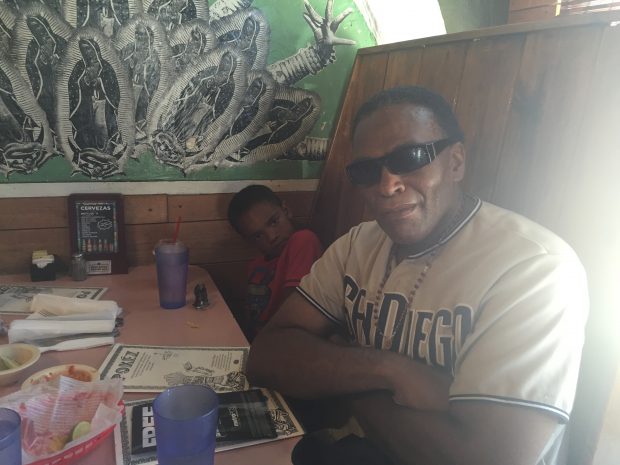 “I believe he’s lost his NOODLE,” Pearson said. Maybe that’s the problem. Maybe Myers thinks Mexican food is supposed to have noodles in it or something. Maybe he thought the reporter said “Italian” or something. That would certainly explain it a bit better.

I don’t know. The Padres have a pretty good P.R. team. They’ve no doubt trained their players to be good citizens and ambassadors for the community. And then Wil Myers comes right out and says that the Mexican food in North Carolina or wherever is better than what he can get at Pokez, five blocks from Petco Park. It’s enough to make a P.R. person quit their job and go back to law school.

In other news, this is the combo menu from Pokez. I asked the waiter what number 13 was, and he said “whatever the chef feels like giving you”: 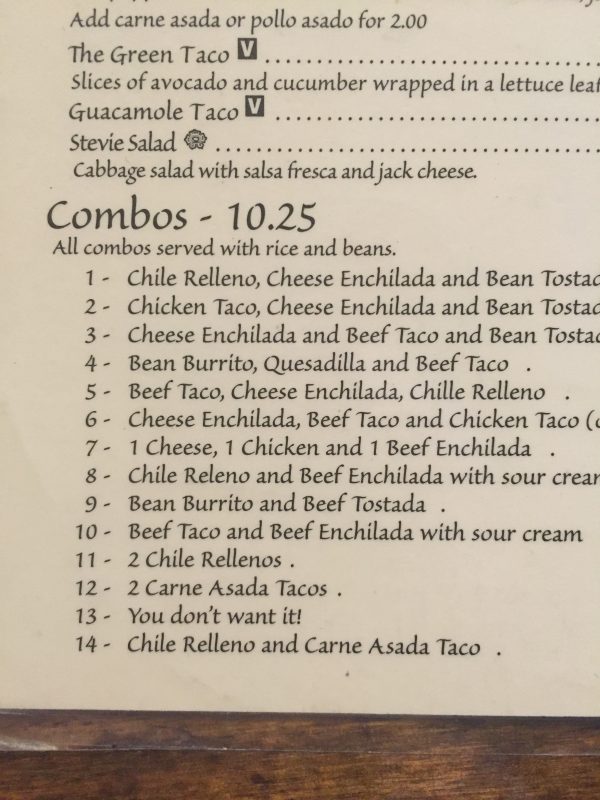 Tip to Wil Myers: don’t order the number 13 if you go to Pokez. Really, just don’t do it.