The latest update of the National League All-Star voting is in and we have several close races.

Addison Russell and Trevor Story are close at shortstop. Kris Bryant and Nolan Arenado at third and Ben Zobrist and Daniel Murphy at second are likewise within roughly half a million votes of one another. The tightest contest is at catcher, with Yadier Molina and Buster Posey separated by fewer than a hundred thousand votes.

Beyond those, Anthony Rizzo of the Cubs leads at first base and outfielders Dexter Fowler of the Cubs, Bryce Harper of the Nationals and Yoenis Cespedes of the Mets round out the leaders. 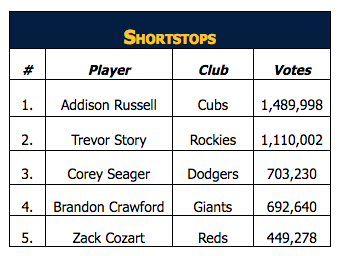 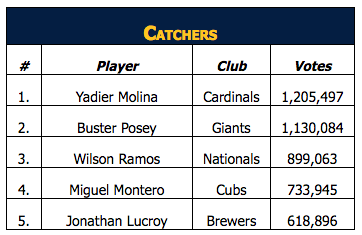 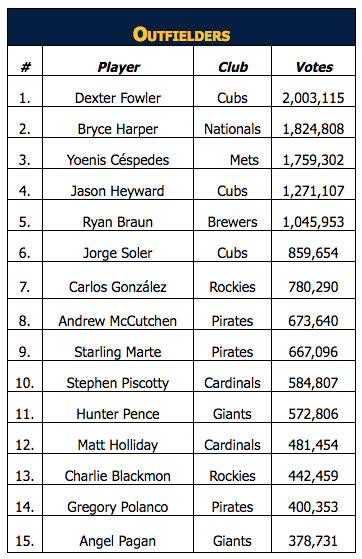