Mookie Betts of the Red Sox has moved up steadily in the All-Star voting and now is third among all outfielders. He was fifth last week, but he has jumped Mark Trumbo and Lorenzo Cain. He trails teammate Jackie Bradley Jr. and Mike Trout of the Angels among outfielders.

Otherwise, the same starting players remain from the past few weeks: catcher and overall voting leader Salvador Perez of the Royals; first baseman Eric Hosmer of the Royals; second baseman Jose Altuve of the Astros; third baseman Manny Machado of the Orioles; shortstop Xander Bogaerts of the Red Sox; and designated hitter David Ortiz of the Red Sox.

The totals this week: 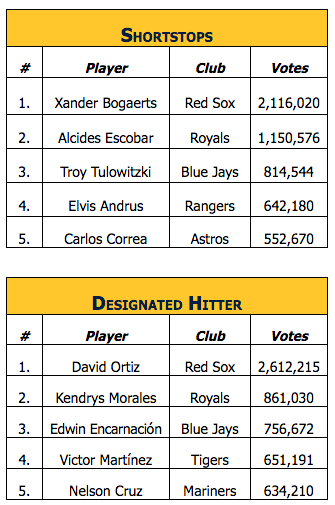 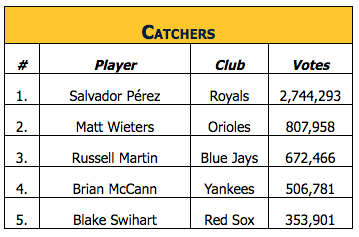 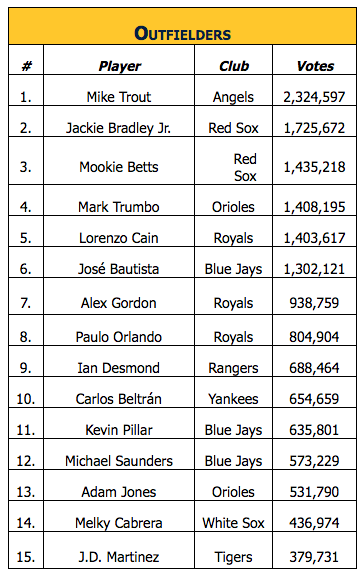