The others in the top spot are Yadier Molina at catcher and Bryce Harper and Yoenis Cespedes in the outfield. 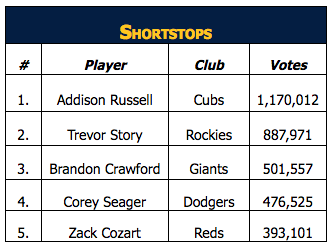 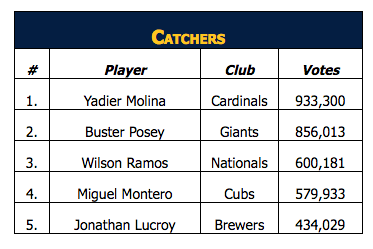 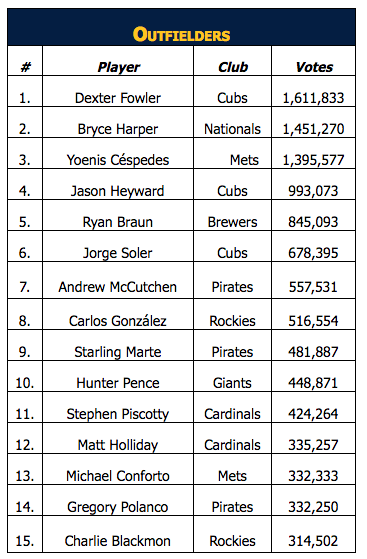