The Cubs are the best team in baseball this year. But, yeah, their get-out-the-vote operation is definitely impressive too. Five Cubs players currently lead their positions in All-Star balloting according to the latest round of results released by Major League Baseball.

Anthony Rizzo — the overall vote leader — Ben Zobrist, Kris Bryant, Addison Russell and Dexter Fowler would all be starters if the game were held tomorrow. Four of those guys are decent picks on the merits if you’re a half-season-stats voter. Russell is . . . suspect. He’s ninth in OPS and seventh in WAR among NL shortstops. Aledmys Diaz, the OPS leader, and Corey Seager, co-WAR leader, are not anyplace in the top five. The other co-WAR leader, Zack Cozart, is fifth in the voting. I wonder if NL voters know what a shortstop is.

Oh well, that’s democracy for you: 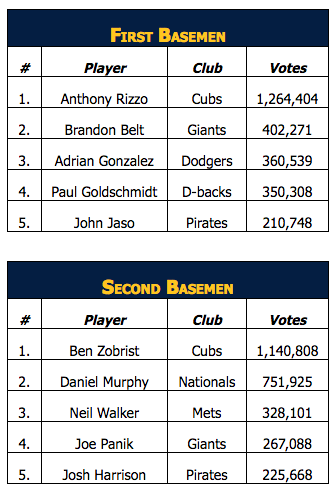 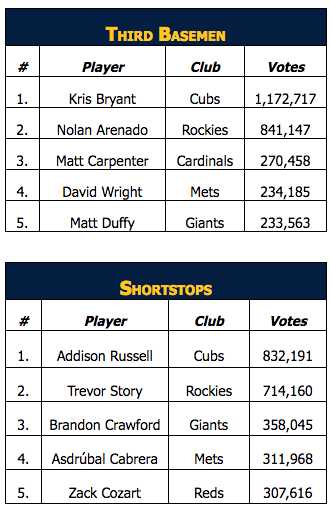 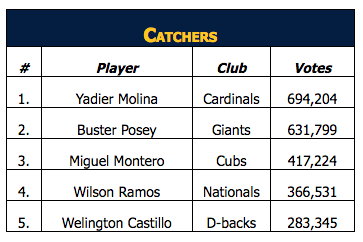 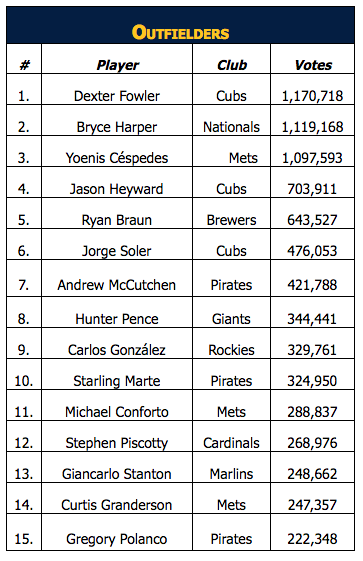