The second update of All-Star Game balloting for the American League is in. The most notable news is Jackie Bradley Jr. moving into a starting position among outfielders, passing Mark Trumbo for third place and trailing Mike Trout and Lorenzo Cain.

Salvador Perez continues to be the leading overall vote-getter in the AL with 1,605,922 votes. Perez has the largest lead of anyone at any position in the AL, outpacing Matt Wieters by well over a million votes. The Super Delegates have yet to weigh in, but I think it’s fair to say he’s going to be the guy behind the plate. The next highest vote-getter is David Ortiz at DH with 1,460,339. He also has the second largest margin, with Kendrys Morals some 800,000 votes behind.

Here are the results: 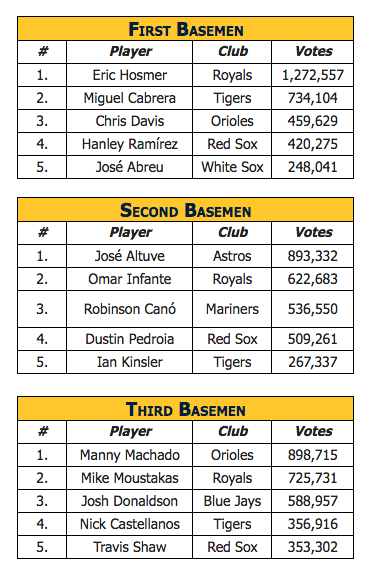 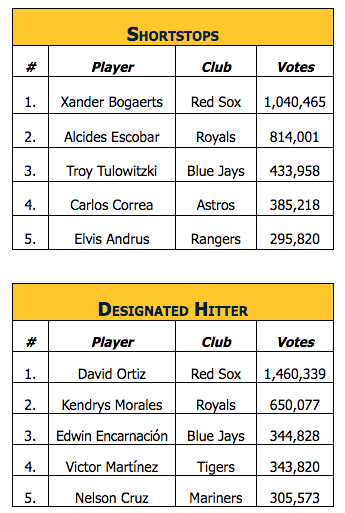 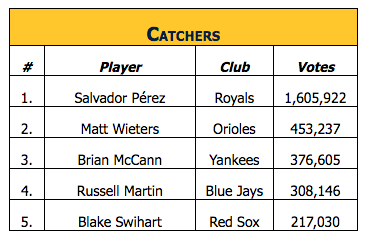 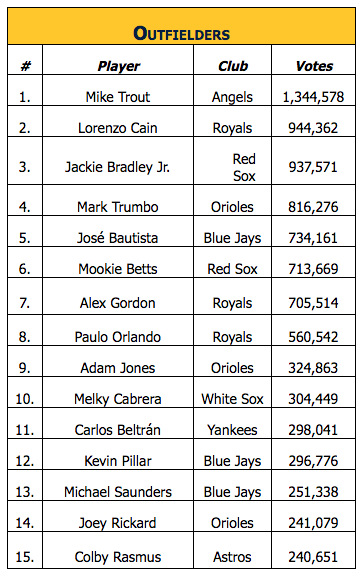