The first returns for the All-Star Game voting for the National League are in and Anthony Rizzo of the Chicago Cubs leads all voters. That noise you hear right now is a bunch of Royals fans saying they’re being disrespected that a Royals player isn’t leading the voting. When told that the Royals aren’t in the NL, their fans started putting more names on their ever-growing enemies list. But they’re not paranoid or insecure or anything.

Anyway, here are the leaders in the vote total right now. Remember, however, that MLB is likely to cull a good 20% of the votes before the All-Star Game because they violate the voting rules, come from bots or are from obviously phony email addresses. They wouldn’t have to do this if they actually gave a crap about the integrity of the vote and even put some 1995-level verification on the voting on the front end, but they don’t care. Their aim is to send as much traffic to the sponsored website where voters are funneled into an eSurance sweepstakes thing and it’s probably a lot better for all involved if the votes come in fast and furious.

But hey, it’s not like the All-Star Game has any stakes or anything, so it’s all good. 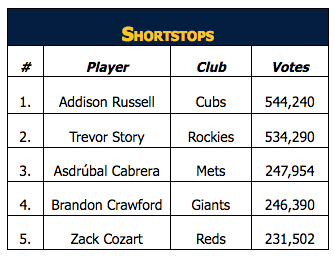 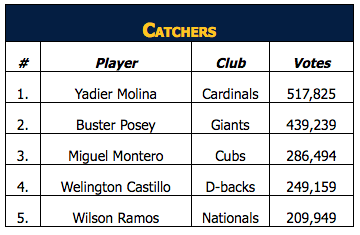 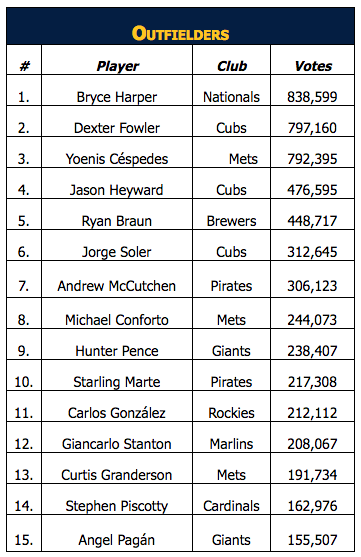