It seems early, but this is when it happens: Major League Baseball announcing the early results for All-Star Game voting. Voting started in April which makes it kind of hard to weigh-in with any sort of certainty about how anyone is doing, but it probably doesn’t matter much. It doesn’t matter much for a lot of reasons. Among them:

That last bit is sort of key. I don’t want to overstate how important this is because, again, it’s just the All-Star Game, but there is laughably obvious fraud going on with the votes. Over the past few weeks I’ve gotten emails from MLB.com and Royals.com thanking me for my maximum five votes that day. Stuff like this: 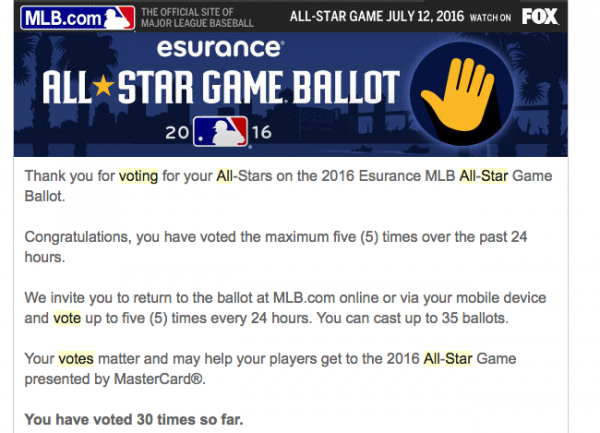 That was from a while back. Last I checked it thinks I’ve voted, like, 60 times or something. I haven’t voted once and, obviously, I haven’t listed the Royals as my favorite team. Someone is using my email address or ID or whatever. In my case it’s for Royals players. Maybe people from 29 other teams are hacking other people in their team’s favor too, but the point of this isn’t the specific votes. It’s that this isn’t exactly a high-integrity operation.

Because it’s just All-Star votes I sort of don’t care too much, but it’s at least smart to take the vote totals, especially the early ones, with a grain of salt, sit back and wait for the Home Run Derby and just remember that the All-Star Game is kind of a crazy non-serious event, no matter what people say about home field advantage. For now, here are the voting leaders: 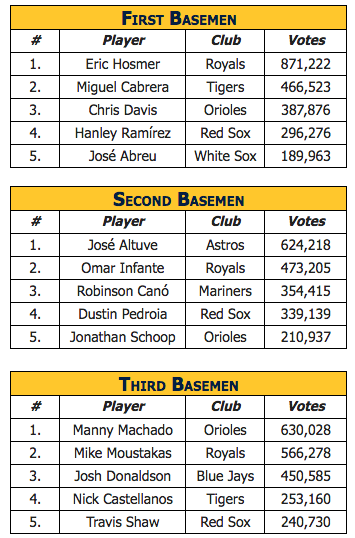 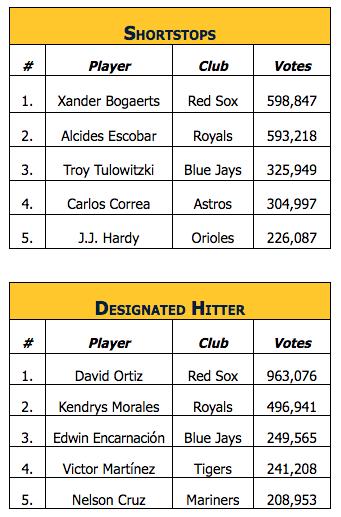 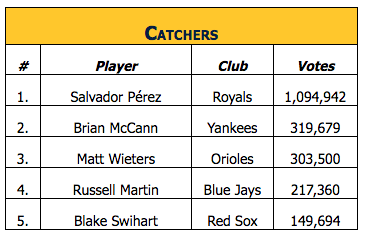 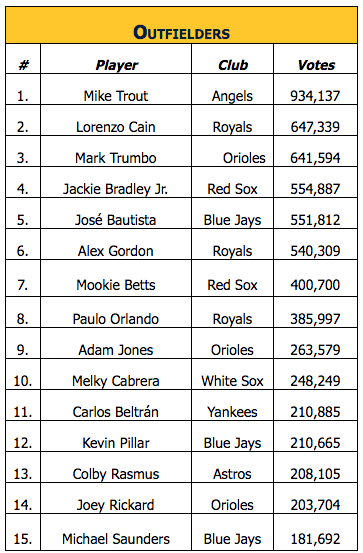