Mets starter Matt Harvey was trounced in Thursday night’s start against the Nationals, yielding nine runs (six earned) on eight hits and two walks with two strikeouts in 2 2/3 innings. As he walked to the dugout after being taken out of the game by manager Terry Collins, the home crowd at Citi Field booed him.

Harvey, who became the face of the new and improved Mets and helped the team to the World Series last year, currently sits with a 5.77 ERA in nine starts. Collins is considering skipping Harvey’s next turn in the rotation, MLB.com’s Anthony DiComo reports. He would face the Nationals once again next Tuesday.

Harvey is two and a half years removed from Tommy John surgery, but there is some worry that his elbow could be the culprit. This chart from Brooks Baseball shows that Harvey has lost a significant amount of velocity on his pitches: 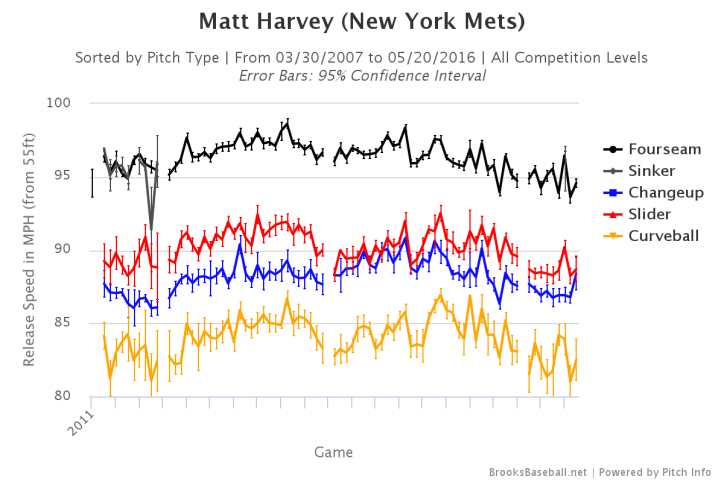