Yesterday we learned that HBO’s John Oliver was going to stick it to The Man by selling two tickets to each of the Yankees first three home games for a quarter. Specifically, Legends Suites tickets, with the Legends Suites being that part of the stadium Yankees COO Lonn Trost believes should not host people paying significantly less than face value and/or . . . undesirable types. However he defined that.

The first two ticket purchasers have been spotted. You’ll recognize them as the fans who aren’t too wimpy to sit out in the cold and chose not to retreat to the indoor part of the Legends Suites, which proves that they’re not the well-heeled regulars of that part of Yankee Stadium. Oh, they’re also wearing Teenage Mutant Ninja Turtle costumes: 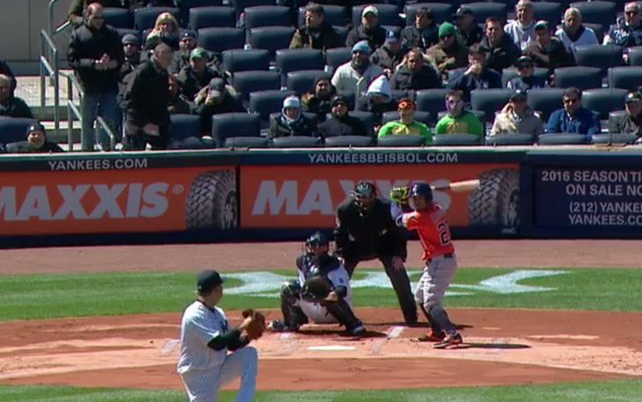 I was hoping for something a little more, I dunno, trashy or over-the-top. Maybe something a bit more Rocky Horror than Saturday morning cartoon. But it’s cold in New York today so it’s a fine choice. I suppose we’ll have to get Oliver to buy more Legends Suites tickets for the summer months so we can see the real, wonderful and beautiful sleaze.