Take me out to the ball game!
Take me out with the crowd!
Buy me some peanuts and crackerjack,
And food that’ll give me a heart attack!

Wait, that’s not how that goes. But maybe it’s appropriate.

Every Opening Day we see team after team announce new and exciting concession items all of which seem more geared toward outdoing the last guy than toward actually presenting anything which is truly edible. It’s like the arms race during the Cold War. At some point the U.S. and the Soviets had built enough bombs to blow up the world many times over yet, for some reason, they kept building bombs. Inertia, I guess.

This ballpark food situation is very much like nuclear bomb situation. Both in terms of its rapid escalation and because each scenario had as its ultimate goal the creation of mechanisms designed to bring instant radioactive death.

In recent years we’ve been forced to go on a Cuban Missile Crisis-level alert for such things (note: a Cuban Missile Sandwich that is, say, four feet long, may sell well in Miami; someone tell Loria about this), and 2016 is no different. Let us look at some of the “better” options available to baseball fans in 2016.

The sad thing here is that Sonoran hot dogs — a hot dog wrapped in bacon and covered in beans and other fun Mexican things — are really tasty and you can get them all over Arizona quite easily. This thing, however, is something a Midwestern mom from the 1950s would try to make after reading a cookbook called “Adventures from South of the Border,” only the local market didn’t have any Mexican ingredients so she improvised. “What’s in the secret sauce?” her husband would say after getting home from the office. “That’s a . . . secret!” she’d say as she winked into the camera which wasn’t there except for in her wild, escapist imagination. Meanwhile, their daughter, dejectedly picking at this horrible hot dog, secretly vowed to leave home as soon as she turned 18. In 1968 that little girl, now grown up, would be arrested in a protest outside of an Army recruiting station after things turned violent. The story has a happy ending, though: the food she was served at the women’s prison was WAY better than that fried cheeseburger hot dog with the secret sauce her mom used to make. After several well-behaved years in prison, she was released in 1974 and opened up a natural foods store in San Luis Obispo. Her parents both died of coronary disease.

We recently told you about the Braves’ “Punisher” which is a sandwich of smoked rib meat (it did not say what kind of animal’s ribs) slathered in a “Monster energy drink infused BBQ sauce.” That alone seems like five violations of the Geneva Convention. But lost in the vicarious meat sweats I had after writing that post was news that the Braves are also offering a burger that has two pizzas as the bun. You know, there’s talk about what will happen to the Turner Field site after the Braves move to their new ballpark next year. The smart money is on it becoming a Superfund site administered by the EPA. 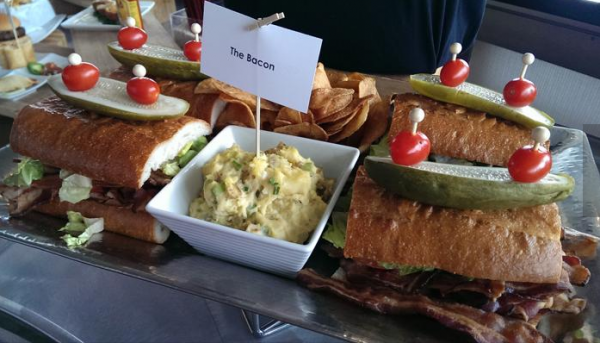 This one is actually a tasty-sounding thing which is only made deadly merely by its sheer mass. The Machine Room Grill at Great American Ballpark actually makes some FANTASTIC food (I try to go there every time I take in a Reds game). This, however, is a bit much. The item is called simply “The Bacon,” and it’s four sandwiches. Each with a pound of bacon on it. If you (your party? hard to say?) eat(s) all four sandwiches in an inning — FOUR POUNDS OF BACON + the roll, lettuce and tomato, chips and potato — you get the $60 meal for free. Oh, and you get a T-shirt. To better advertise your shame.

That sounds fancy — and the article explaining them and showing a small picture of them does its best to sound snooty itself — but it’s basically fried mushrooms in cheese sauce. Not too fancy after all, even if it’s expensive and hails from a hoity-toity pedigree. Which describes about 75% of life in San Francisco from what I’ve been able to gather, so at least it has local flair. 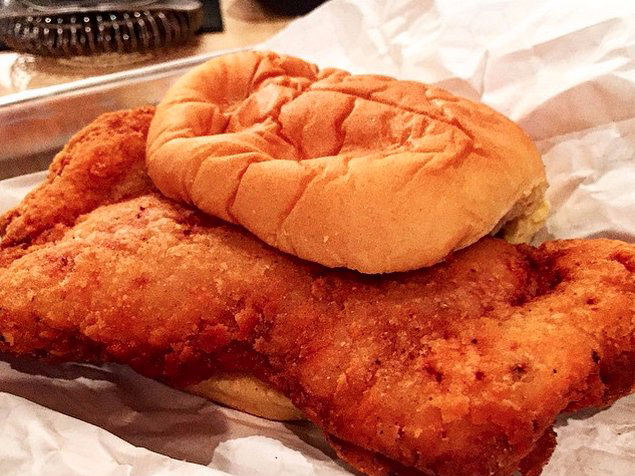 This is another one that is actually good food, not just extreme food. It’s from David Chang, who is the noodle genius behind the Momofuku restaurant group in New York. His fried chicken sandwich restaurant, simply called Fuku, will now have a stand at Citi Field. In other news, Citi Field has perhaps the best assemblage of ballpark food in the majors. Really, I can’t think of a better place. Everyone raves about Shake Shack, and rightfully so, but that’s, like, the fifth best option at Citi Field. 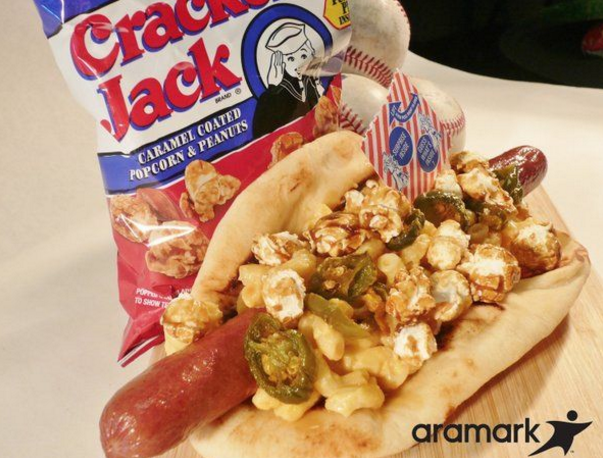 I put that tasty-looking Fuku sandwich first in order to set you up for this. If I did it right, your insides are doing somersaults right now. This is just a disaster, people. It is neither edible-looking nor particularly extreme. It just looks like something someone threw together on an old episode of the Japanese version of “Iron Chef” when the featured ingredient was “whatever no one else wanted to eat.” Chen Kenichi, the The Szechuan Sage, might be able to salvage this thing with some squid ink and his patented double-cleaver technique, but otherwise no one forced to deal with this would make Kitchen Stadium proud. Chairman Kaga weeps. 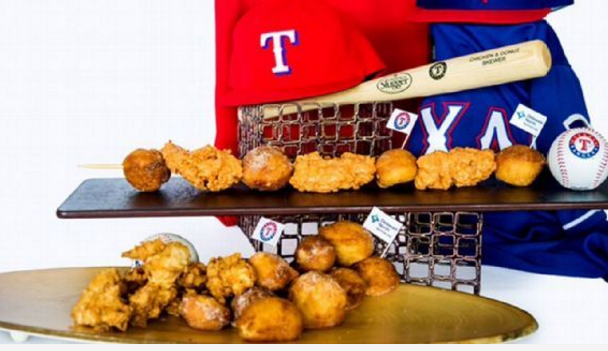 Another example of a good thing taken to extremes. Or two good things which really don’t have a lot of business being together being impaled on a stick. I guess if you call it a “skewer” it sounds smaller — like a veggie-laden hors d’oeuvres! — but this is Texas so it’s not mere finger food. Look at the baseball for scale. Now fry the baseball and eat it. Seven times.

Hello to the Wicked Pig, a giant, new sammich at @Rangers. The cost? $27. #whew https://t.co/79VuGe2tp4 pic.twitter.com/IKfYGxQZJT

Wow, this post took longer to write than I thought. I’ve missed my lunchtime! Strangely, though, I’m not very hungry.