As a guy who spent a couple of hours on Twitter making pee jokes about the Mets’ number one starter’s health issues yesterday I have no room to act all haughty and superior about how the tabloids are covering the whole story.

Yes, it was probably pretty scary for Harvey to have blood clots in his bladder, but you can’t walk into the clubhouse and immediately say that your ailment was because you don’t pee often enough and NOT expect all of us immature morons to joke about it.

The Post and the Daily News, sadly, hit on the same headline joke. That happens sometimes and they probably hate it when it happens. But it’s a pretty good joke so they have nothing to be ashamed of, really. 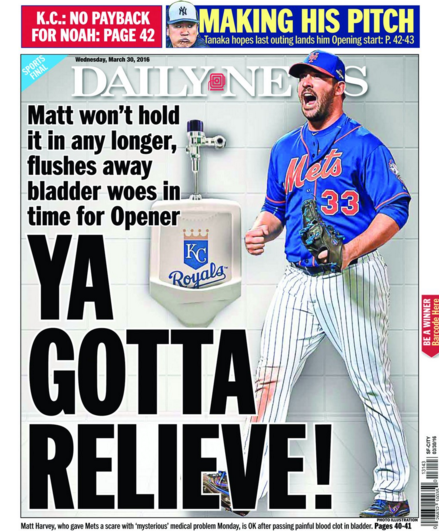 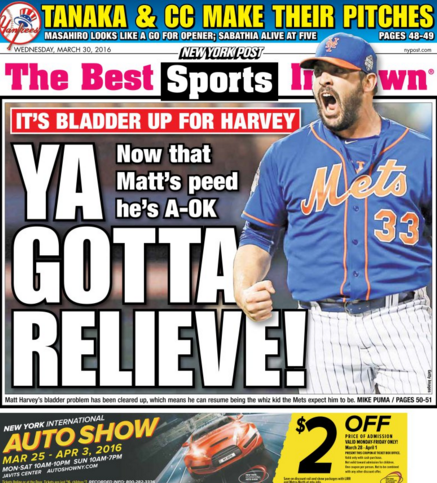