SCOTTSDALE, Ariz — We turn on the game at 7pm. We turn it off at, maybe, 10:30pm. For most of us baseball occupies a three hour window of our lives each day. During those three hours fantastic physical specimens in matching uniforms and, part of the time, helmets, compete for purposes of our entertainment. In an age of bread and circuses, they’re the closest thing we have to a gladiators.

While there are frequently good stories written about the personal lives of ballplayers (this one about Ian Desmond’s family is one I still remember well), most fans still forget that they’re human beings who exist in the same world we do between the time we turn that TV off and the time we turn it back on again. They forget that they have families and responsibilities. That they have stress. That their days are longer than we typically see and that despite their wealth and despite the fact that their jobs are pretty great, those days aren’t always easy.

Dodgers first baseman Adrian Gonzalez knows one thing the fans don’t see: when they get to work.

“They really think we get to the park at six o’clock,” Gonzalez said. “And they think we leave ten minutes after the last out. They don’t always understand how long we’re here. It’s a great job, I’m not complaining, but we have really long days. Eleven, twelve hours and that’s without the traveling.”

And it is absolutely that long of a day. For night games, players will leave their homes at noon. Earlier if they live farther from the park or if they’re rehabbing something. They’ll eat and prep and see the trainer or take hacks or whatever in the hours before the game. Then the clubhouse opens up to the media. Then the game, of course. Afterwards most stick around for a good extra hour after giving their quotes to the media, either to ice down, do post-game “recovery” cardio or to watch film. Gonzalez says it’s rare for him to be home before 11:30 and most nights it’s midnight. For day games — which come on the heels of a night game, remember — the players may leave as early as 7am. 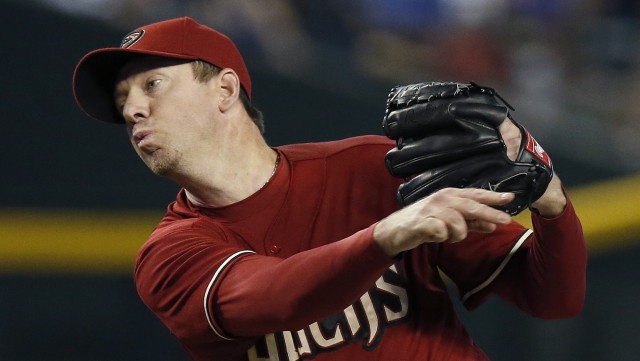 “There are times guys go to the field and, you know, their kids are sick and they’ve been up all night with a crying baby,” Diamondbacks reliever Brad Ziegler told me. “And no one has any idea about that. And you get to the field and you’re not the same as you’d be if you had a good night. Or you have a grandparent who has been moved to hospice. When you get here you’re supposed to block all of that out but can’t ever just completely get rid of it.”

Ziegler notes that these real problems are often invisible to fans.

“There’s a sense from a lot of people, especially the casual fan, that our lives are not real. That we don’t have the same problems because we have money.”

It’s certainly a mindset we’ve all encountered. Maybe one we’ve even harbored before. Just think of how many conversations you’ve had with fans which have included the phrase “. . . paid to play a kids game.” I’ve lost count of how many comments I’ve seen here in which a fan offers some variation on “[Player] should just shut up. He makes millions” in response to one of them offering a comment about the grind of the season or the travel.

It’s not an easy dynamic for players to combat. They’re well aware of the fact that any time they publicly reference such off-the-field things they’re liable to be accused of making excuses, which is a cardinal sin in the eyes of many. There’s also the media dynamic. In an age where players are trained to give inoffensive, cliche answers to virtually every question, even the slightest deviation from the “we just gotta play them one game at a time” line is seen as “controversial.” When even a mild critique of something is called “an evisceration,” the mere acknowledgment of some negativity is seen as “entitled athlete whining.” It’s something which may be the fault of a small handful of talk radio goons and agenda-driven bloggers or columnists, but it’s something which has made its way into the general sports discourse as well.

They are big boys, of course. They can take it. They can take the travel and the long days and the misapprehension of these things by fans. As both Gonzalez and Ziegler noted repeatedly, they have fantastic jobs they wouldn’t trade for the world and they are very well paid to do them. Several months off come October or November helps a lot too.